Wired has selected some staggering NASA images of islands in “Out of the Blue: Islands Seen From Space:” 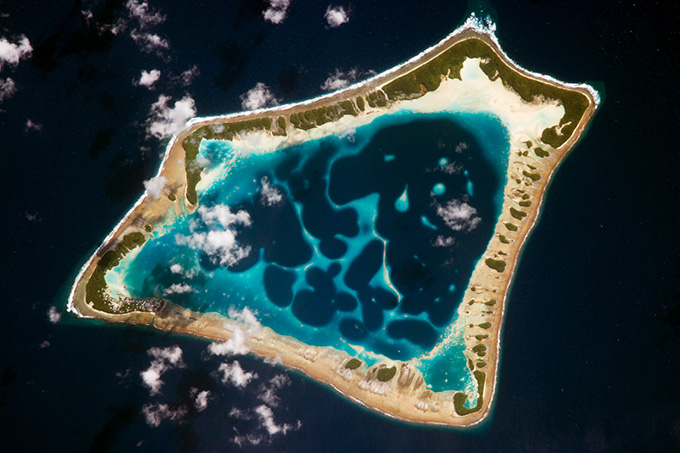 Made up of coral reefs that surrounded the flanks of a volcano that has since become inactive and submerged. Like many tropical atolls, Atafu is very low lying and vulnerable to sea-level rise. This photograph was taken by astronauts aboard the International Space Station in January. 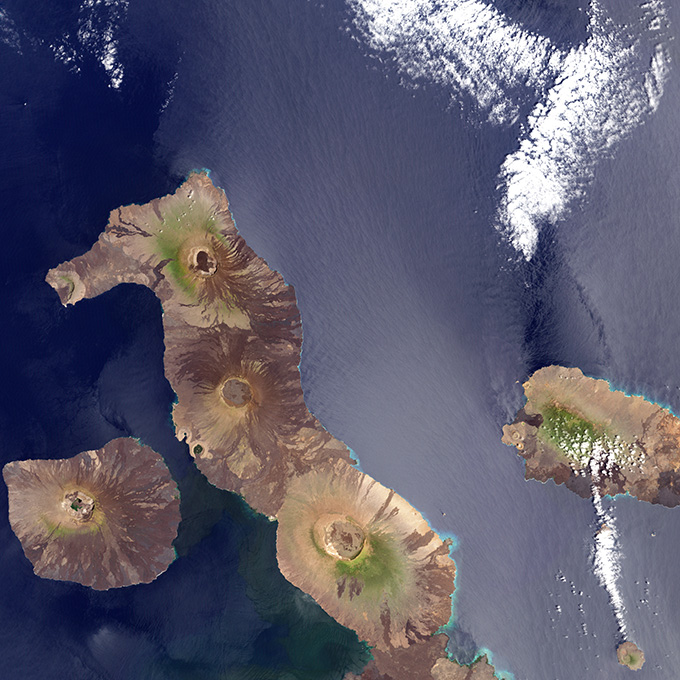 …are the tops of volcanoes on the sea floor off the coast of South America along the equator. This image was taken by the Landsat 7 satellite in 2001.