Eighty years ago, on the courthouse square in Marion, Indiana, Thomas Shipp and Abram Smith were murdered by a mob of townsfolk. A photo of the lynching prompted the poem by Bronx schoolteacher Abel Meeropol, “Strange Fruit,” which became lyrics to a well-known Billie Holiday song.

Decades later, a box of recordings was found in a basement with recollections of people who witnessed — even took part in — the murders. This riveting Radio Diaries premiered this week on NPR… 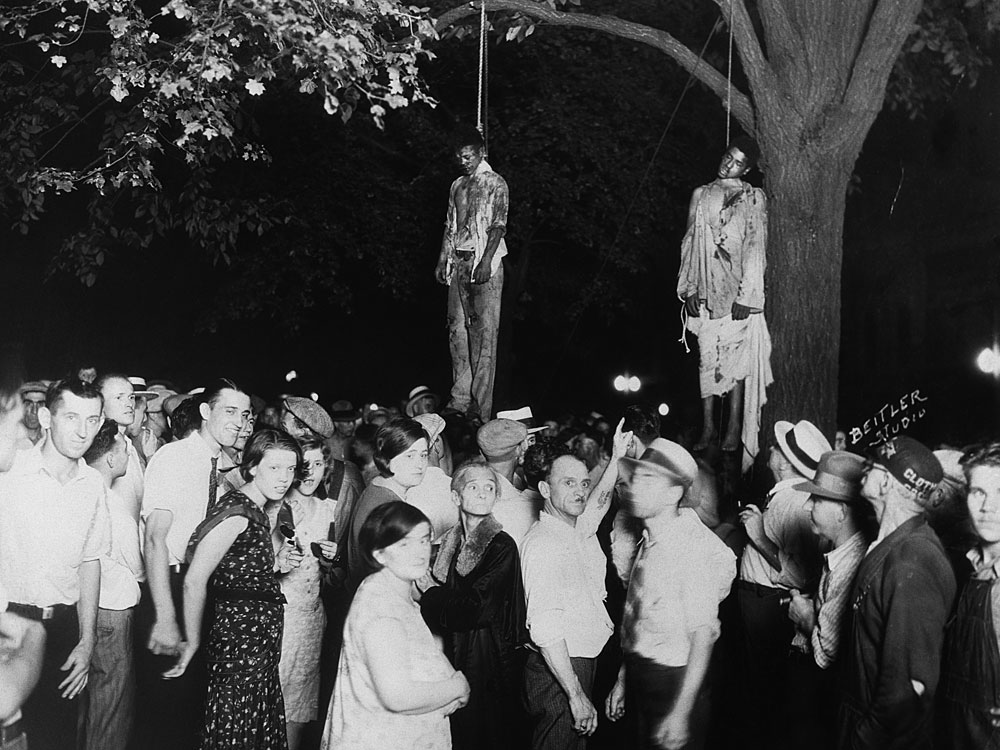 On Aug. 7, 1930, Lawrence Beitler took this photograph of Thomas Shipp and Abram Smith, lynched in the town center of Marion, Ind., for allegedly murdering a white factory worker, Claude Deeter, and raping his companion, Mary Ball. But the case was never solved.

Southern trees bear strange fruit,
Blood on the leaves and blood at the root,
Black body swinging in the Southern breeze,
Strange fruit hanging from the poplar trees.

Pastoral scene of the gallant South,
The bulging eyes and the twisted mouth,
Scent of magnolia sweet and fresh,
Then the sudden smell of burning flesh!

Here is fruit for the crows to pluck,
For the rain to gather, for the wind to suck,
For the sun to rot, for the trees to drop,
Here is a strange and bitter crop.

[…] image of the lynching prompted the poem by Bronx schoolteacher Abel Meeropol, “Strange Fruit,” which became lyrics to a well-known Billie Holiday […]

Pingback added by Strange Fruit for Christmastime | More Enigma Than Dogma on 12.07.15