This week’s HV cast for Independence Day— People with different regional, ethnic, and national accents recite and reflect upon the single-sentence, century-old poem “The Pledge of Allegiance.” A story by Barrett Golding, “The Pledge” (5:23 mp3):

This week’s HV cast starts Summer with some Mississippi moonshine, barbecued goat and the last of the old-time Fife & Drum picnics. A story by Ben Adair, “Otha Turner’s Picnic” (13:10 mp3):

This week’s HV cast: The eerily beautiful music of moth wings. A tale of bat-detectors, beehive destruction and the intersection of insect and synthesizer. A story by Jeff Rice, “Moth Music” (mp3 3:02):

NPR has a new CD collection called The Declaration in Sound. Most of the tracks are NPR intervus and commentaries; ya know, Edwards, Krulwich, Stamberg and such on presidential drinking problems and Declaration of Independence quotes, like “Cruelty & Perfidy,” “of justice and of consanguinity,” and “merciless Indian Savages.”

But check track six. That one’s a masterpiece.

This week’s HV cast is from the Song and Memory series. What song from your past brings back a strong memory? Kelly Kinsey tells us about a Beatles tune that takes her back. Produced by Ann Heppermann, Rick Moody & Kara Oehler, “Eleanor Rigby” (mp3 3:23): 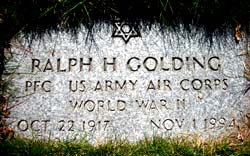 As head of the HV radio project, I’m always pleased to get such promising emails about ongoing productions — this one’s about Ann & Kara’s (w/ Rick Moody) Song & Memory series:

This week’s HV cast is for Earth Day. The Administration moves beyond Hydrogen Powered Automobiles. Another experiment in the crytomusicology of Presidential Patter. Produced by Jesse Boggs, “Hydrogen People” (mp3 2:05):

This week’s HV cast is a father-daughter dialog for Poetry Month: Jack Kerouac’s daughter Jan, reads her an ode to her rarely seen dad; intertwined with Kerouac’s speeches and prose; produced by by . “Jan & Jack” (mp3 6:34):

This week’s HV cast is a Scott Carrier story about Fritz the dog. Fritz loves to play Frisbee. He still catches it most of the time, though not as much as he used to… before he went blind. “Blind Dog” (mp3 4:22):