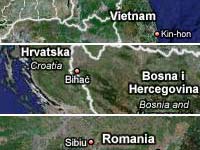 Here’s another entry in our What NPR Was category: In the late 70s & early 80s Keith Talbot produced several series for NPR; among them was The Radio Experience. One episode, “Death in Venice” by Larry Massett, was mainly interviews with Venice FL retirees.

The half-hour is like a swim in the ocean, soothing, stimulating, but watch for the rocks and rip tides — it pulls you in. The piece told us then what non-fiction creative radio could be. Almost thirty years later, it still does.

“I had no idea what was doing. And so I didn’t have any questions for anybody. I just stood on the beach in Venice with a microphone. If anybody asked I just said I was recording.

All I knew was is it was a retirement area, and there were a lot of fossils on the beach. Certain people saw the mic and came up and started talking. It was only after I got home and started to paw thru the tape that I realized what they had chose to talk about was the love of their life.”

The piece will be in an upcoming HV hour on Memory. Another Massett/Talbot experience, “Ocean Hour,” is up at Third Coast (with an KeithT interview on the NPR days of yore). 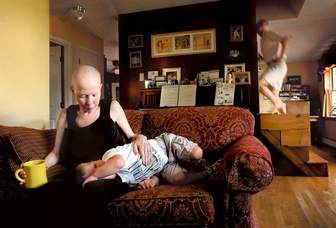 My Name is Lisa

It’s already had 1.7M views and was the YouTube 2007 Best Short Film, but I hadn’t seen it so maybe you haven’t either. If you know someone who has… well, you’ll see, “My Name is Lisa:”

Yesterday on StoryCorps®— Pinky Powell could pick 100 pounds of cotton by lunchtime. Her great-granddaughter tells her tale of life on an Alabama plantation. This one hurts, “Mary Ellen Noone” (2:15 mp3):

StoryCorps cuts yet another devastating slice of real-life this week, “Hector Black remembers the murder of his daughter, Patricia Nuckles, by an intruder in her home.” (3:00):

Once again this blog becomes a StoryCrops cheerleader; this time it’s Christmas cheers for SC’s latest in which Jerry Johnson intervus his mom, Carrie Conley, about raising six kids by herself (4:18):

Weekend America has been running Ann & Kara‘s latest series One Thing, stories of refugees. Last week’s was the sisters Leena and Mariya, and their mother, Shafiqa Sher, “Afghanistan to Amarillo” (8:40 mp3):

Mariya Sher Ali behind the counter of her store, Amarillo International Foods: 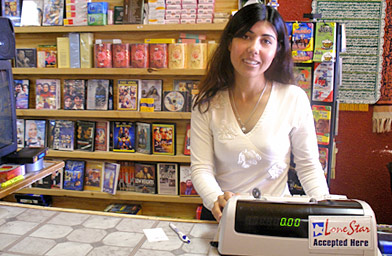