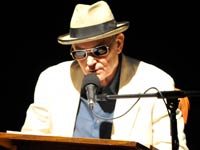 An hour under the influence of radio maestro and radical raconteur Joe Frank. Many of these pieces pulled from the collection Joe Frank Team Favorites- Vols 1 and 2. Thanks to Michal Story for her help with this episode:

END_OF_DOCUMENT_TOKEN_TO_BE_REPLACED

More Julia Pott vids. And here’s some of HV’s past romantic posts.

END_OF_DOCUMENT_TOKEN_TO_BE_REPLACED

“PostSecret is an ongoing community art project where people mail in their secrets anonymously on one side of a homemade postcard.” 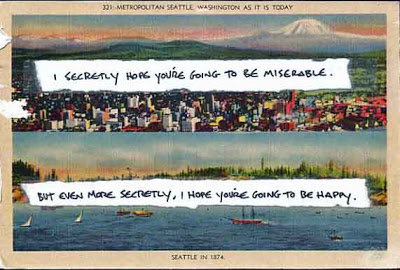 Frank Warren came up the concept, catalogs the cards, and created a community. 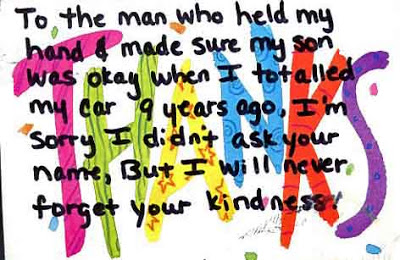 Frank Warren has been on NPR’s WE-SAT and ATC. And PostSecret has spawned a swarm of of books and flock of videos. These animated PostSecret cards accompany Donora‘s song “Shhh” in the film “PostSecret – A Valentine Video:”

It’s the anniversary of some massacre, that much I know, that much is comforting. It’s another invented holiday to remind me of what’s missing. They all do, they hurt. My romantic dinner is a slice of pizza, the only smile tonight, the crust, big nose, it’s all in the geometry, you see it right? A bachelor’s bite. The pizza place doesn’t smell like pizza, but that’s neither here nor there.

I fell in love tonight. She was shopping for glue, I was shopping for a juicer. Wanted the manual squeeze ones, but they only have an electric one, suspiciously cheap, in five languages, from a country I’ve never been, from a people whose language I’ll never speak, neither here nor there. I’m in a country where 9:30 at night, on Valentine’s day, I can buy a slice of pizza and an electric juicer. END_OF_DOCUMENT_TOKEN_TO_BE_REPLACED

That title sure got your attention. So I recently started internet dating. Which is kind of funny because the first collaborative radio piece Kara and I ever did was on sex and the Internet.

Filling out the profile I realized a few things 1) Pro Tools figured prominently, 2) I mentioned my cat three times and 3) while both 1 & 2 seemed sad, I figured I could exploit this online meet-and-greet for our Song and Memory series. Hence, my profile says,

“If you have a really cool story about your most memorable song from childhood…let me know, you might go on the radio.

Really. Write and let me know. Even if you don’t add me to your hotlist.”

And it worked! Men ripped through my ethernet cable to share their most heartwrenching/heartwarming memories. OK. Not really. But I have gone on a few dates (fun, but no love connection Chuck) and found one promising Song and Memory story (it involves cheesecake, Brooklyn and NWA). I’ve also gathered sounds. Because if you date me, you date my microphone.

Peter is a Ph.d guy who makes music videos, robots and audio software. He’s also into exploring things like abandoned subway tunnels. Rather than doing the standard bar and drinks, our date consisted of sneaking down a ladder at the end of an MTA platform. He brought his camera to film. I brought my stereo microphone to record. And no, we didn’t make out.

Anders grew up in Sweden. He sent me this email.

“Not sure if this is a cool story, but my most favorite childhood song comes from a schlocky Swedish comedy duo called “Trazan and Banarne.” Back in the day, me and basically every other Swedish kid under age 10 would obsessively be up by 7a.m. watching two grown men in monkey suits singing with their mouths full of bananas.”

The date was standard (drinks) and the story was just OK. But now I have the sound of two Swedish men in monkey suits, singing in Swedish and eating bananas.

Which goes to show that maybe I’m not really looking for love at all…maybe all I need to be happy is good sound.