END_OF_DOCUMENT_TOKEN_TO_BE_REPLACED

Singing Science Records is a collection of six records that illustrate science through song. They were produced in the 1950s and early 60s by Hy Zaret and Lou Singer; they were preformed by Tom Glazer, the 1940s folk musician who wrote “On top of Spaghetti.” Our Singing Science selections start with a song covered by They Might Be Giants: 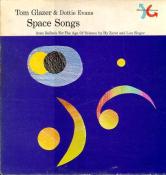 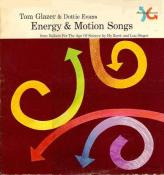 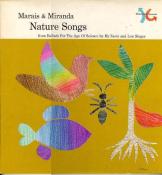 The idea of a nearly infinity-geared bicycle is a half-millennia old, first drawn by Da Vinci, and now realized by a couple San Diego designers: “The Ride” is one of Popular Science’s Best of What’s New 2007.

Saturn is one noisy celestial, and the Cassini orbiter and Huygens probe are catching it all. A/V from Saturn and its moons are housed in NASA’s Cassini-Huygens: Multimedia-Sounds exhibit. This audio is from the Cassini video “Sounds of Enceladus” (0:13 mp3):

NASA calls them “The Eerie, Bizarre Sounds of the Saturnian System,” as in this recording by Huygen’s microphones while “Speeding Through Titan’s Haze” (1:42 mp3):

The Cassini spacecraft is a multimedia reporter and has been snapping some astounding pix of Saturn: 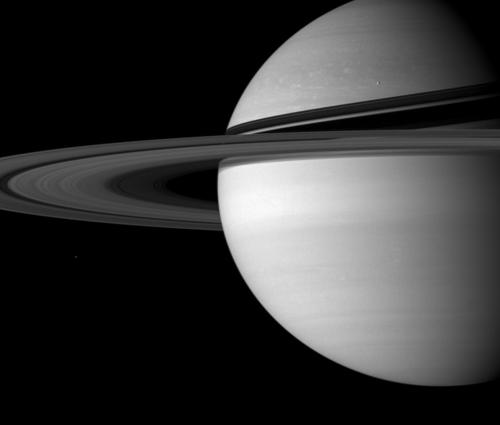 A while back WFMU blogged (“Saturn, Your Other Home for Hippy Noise“) some Saturn-sonicities from NASA (1:14 mp3):

And the audio from this Titan descent mission- video, “Saturn Electrostatic Discharge” by The Planet Saturn (4:34 mp3)

“Sounds from a left speaker trace Huygens’ motion, with tones changing with rotational speed and the tilt of the parachute. There also are clicks that clock the rotational counter, as well as sounds for the probe’s heat shield hitting Titan’s atmosphere, parachute deployments, heat shield release, jettison of the camera cover and touchdown.

Sounds from a right speaker go with the Descent Imager/Spectral Radiometer activity. There’s a continuous tone that represents the strength of Huygens’ signal to Cassini. Then there are 13 different chimes – one for each of instrument’s 13 different science parts – that keep time with flashing-white-dot exposure counters. During its descent, the Descent Imager/Spectral Radiometer took 3,500 exposures.”

A few of us HV types have been working on The DNA Files, along with an army of engineers, producers, journalists, and scientists. The series of five hours are now online and on-air. Lotsa work, lotsa science, and lotsa sound went into these SoundVision productions.

We at HV occasionally explore science reporting. A post on the new blog Wallet Mouth (on consumer tools– buycotts & boycotts) links to a study which contends walking has a heavier carbon footprint than driving: Amuse-bouche: walking the walk. It also links to the reasons this s’pose-they’re-serious study is pure nonsense. Both point out the ways partial presentations of facts n’ figs can mislead.

(Wallet Mouth is writ by the better half of the quiet american radio family.)

Talk about oldies radio, this signal left the station three billion years ago, and it’s just arriving: from SPACE.com “Astronomers Find Mysterious Radio Burst.” Tune in if you’re roadtripping thru the small Magellanic Cloud (a couple small galaxies, about 200K LY away, in orbit around our Milky Way Galaxy) — that’s the direction in the Southern sky the signal was detected.

More at National Radio Astronomy Observatory, “Powerful Radio Burst Indicates New Astronomical Phenomenon.” The burst lasted less than five milliseconds. Journalists say the scientists say, “it may signal a cosmic car crash of two neutron stars, the death throes of a black hole—or something else.” Aka, dunno what ’tis. Maybe they can use it to fill the “Enormous Hole in the Universe” astronomers also recently found (“nearly a billion light-years across, empty of both normal matter such as stars, galaxies, and gas, and the mysterious, unseen ‘dark matter'”). 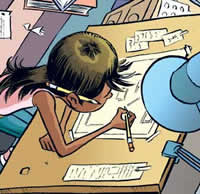 Out of Body Fighter Pilots

Still catching up on the Radio Lab listening. From season two’s “Where Am I?“:

Pilots call it “G-LOC” (gravity-induced loss of consciousness, pronounced “G-lock” not “glok”). Turns out this kind of experience (call it what you want) occurs quite frequently among fighter pilots. Producers Ann Heppermann and Kara Oehler bring us the story. We’ll hear from pilots Tim Sestak, and Col. Dan Fulgham on what it’s like to lose yourself while flying a plane. And we’ll hear from Dr. James Whinnery, who simulates G-LOC by placing pilots in giant centrifuges. His research monitors their brain activity as they accelerate to speeds inducing this loss of consciousness.

Have been catching up on my Radio Labs. Love this short segment from this season’s “Sleep” show: “We get in bed with producer Hannah Palin, and her husband, and her baby Dominic, as they all try to go to sleep. An intimate portrait of the effects of sleep deprivation:”

Thinking outside the circle

If I ever hear someone say the trite expression, “Think outside the box” I immediately think: Only a person who can’t think outside the box in the first place would utter such a thing. But this now, kind reader, is something entirely different and even amusing so check out this page.

Maybe his science ain’t quite kosher, but you gotta admire the conviction of The Guy From Boston, “Global Warming”: 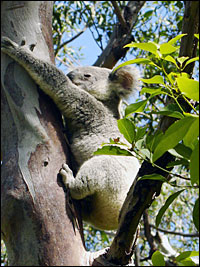 A story on last night’s NPR ATC, “Studying a Koala Mystery in Eastern Australia” was the first of a new series from Jim Metzner (Pulse of the Planet). The series Science Diaries puts recorders, and blogs, in the hands of scientists “to let these dedicated folks tell their own stories.”

For the next week the story is an NPR Story of the Day podcast, “I can see his bum…”:

Check this line-vector simulation of a hanging cloth, writ by JRC313.com. Pull it with the mouse (click-drag), let go, and watch it swing — cheap e-thrills via a “physics library” of code; here’s some screenshots:

the circus/charade that’s been the media coverage of events at virginia tech, I found it more than a little amusing that chimps appear to have evolved more than humans since we split from a common ancestor:
Chimps More Evolved Than Humans

Even the military is starting to see the light or feel the warmth, as the case may be. I thought the most interesting point (made in the audio portion) of the story was retired Gen. Anthony Zinni’s comment that the real resource war isn’t going to be about hydrocarbons. It will be about hydrology or, in other words, water scarcity. He noted that many of the same places in the world that are rich in oil are poor in water.

Effects of Drugs on Spiders

In the 1960s, Dr. Peter Witt gave drugs to spiders and observed their effects on web building: