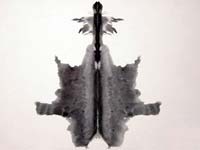 12-year-old Cameron Ledoux’s father doesn’t work, because of his deep depression. Cameron dialogs with his dad about the condition. Produced at The Salt Institute for Documentary Studies; broadcast by All In The Mind; podcast on Saltcast, with thie follow-up, “Sit With Me Again.” (Music: “Leaves Falling” by Lullatone from We Will Rock You… To Sleep: An Introduction to Lullatone).

A quest for amnesia victims — it happens a lot more in movies, books and TV shows than real life. An attempt to find someone who has really had amnesia, to give someone amnesia, and to get it. Aired on This American Life “Get Over It!” and “The Friendly Man.”

A sonic journey documenting one woman’s loss of reality and descent into mental breakdown; a first-person account, with the voices of her friends who witnessed her collapse. Available as an audiobook: “Breakdown and Back.”

of the Tears for Fears song, arranged for the Donnie Darko by composer & pianist Michael Andrews, sung by Gary Jules (video by filmmaker Michel Gondry).