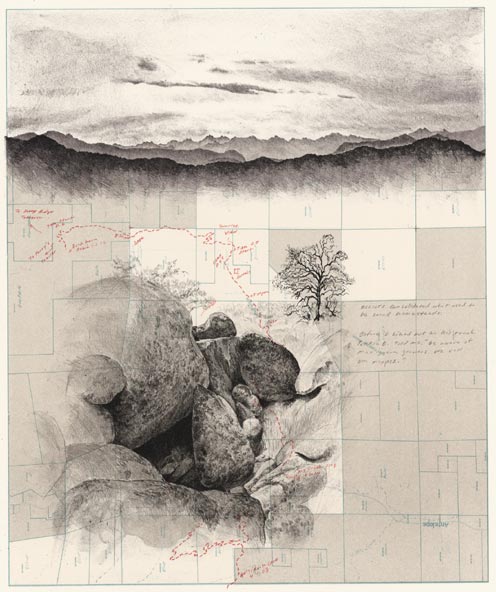 A nice blend of map-based selectable sounds/images at “The Soundlines Project.” It’s a project-in-progress done by Andrea Hammer’s Cornell students about the town of Endicott NY. 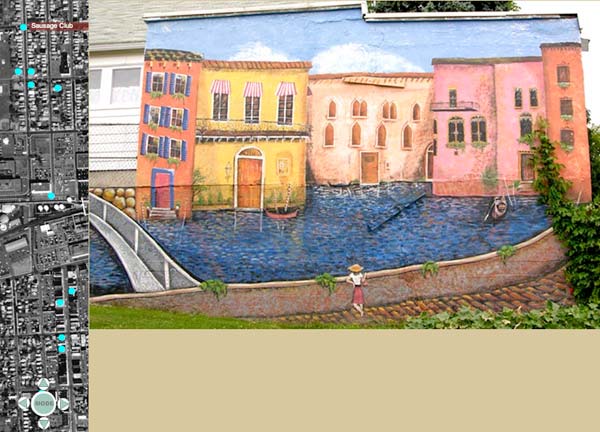 A friend, database/web designer Jon Nehring, is configuring some colored county-level data visualizations (aka, choropleth map) for a client. During dev, a “happenstance created this image in SQL Server”: 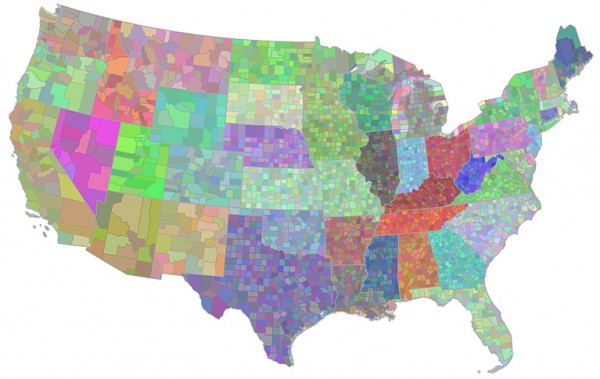 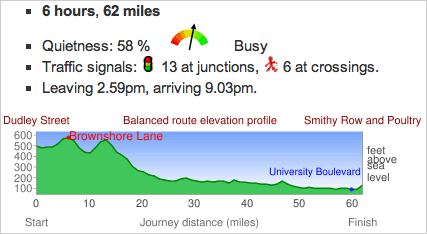 My bike-tourin’ partner, Josef, suggests we use this map to plot our next trip… 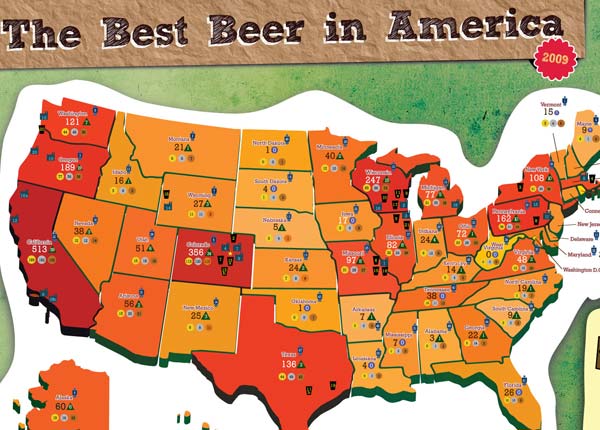