Journalists and researchers can query the database about: 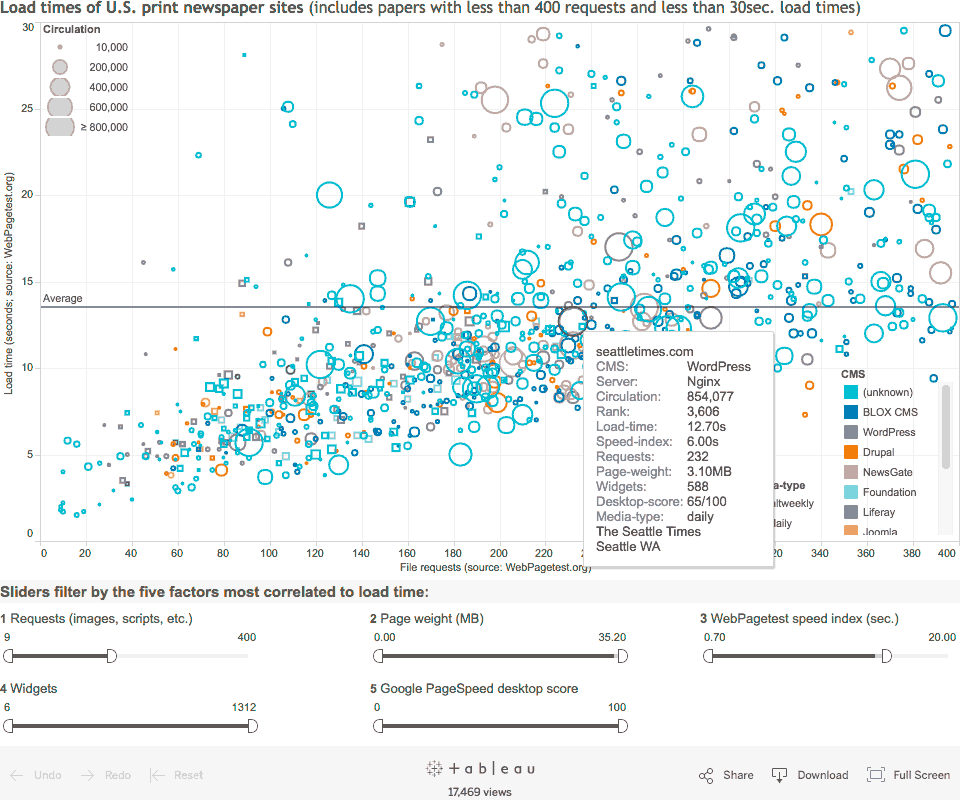 Our sample size is close to the entire population (i.e., all media sites), thus sample bias is low, so statistical accuracy is high. The goal of News Stats is to improve discussions on the state of modern media, to offer a tool that enables a more evidence-based approach.

I developed a News Stats prototype on a private site, as part of my Reynolds Journalism Institute fellowship research on newspaper website page speeds. This post has screenshots of its auto-generated charts, search results, and a correlation matrix. 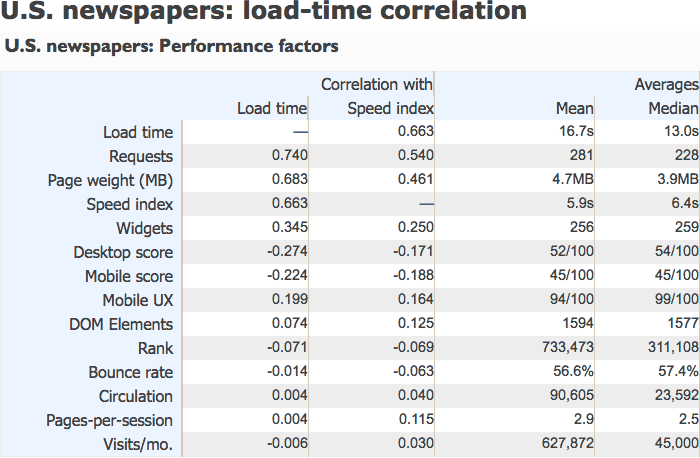 Your sites are slow. They’re actually slower than reading the paper.

—Google CEO, Eric Schmidt, to the Newspaper Association of America, 2009

This lead to an investigation of why newspaper sites are slow, resulting in “How monetizing became malvertising”.

I can think of nothing that has done more harm to the internet than ad tech. It interferes with everything we try to do on the web. It has cheapened and debased advertising and spawned criminal empires.

—Bob Hoffman (The Ad Contrarian), “How Much of Your Audience is Fake?” Bloomberg News

The News Stats data contains a gold mine of media insights. The News Stats tool allows quick and easy ways to discover these insights. Working with Nieman/Harvard journalists and statisticians, we will refine the tool, via usability tests, to reveal the best ways to access and deliver results.

The central fable of digital news is what we might call the Myth of Monetization. The bottom line is that newspapers cannot monetize audience they do not have. Any successful strategy for digital local news requires sites to grow their audience. Perhaps the single most consistent finding, across the entire web traffic literature, is that faster load times lead to higher traffic.

—Matthew Hindman, Shorenstein Center, “What Newspapers Don’t Know about Web Traffic Has Hurt Them Badly — But There is a Better Way” 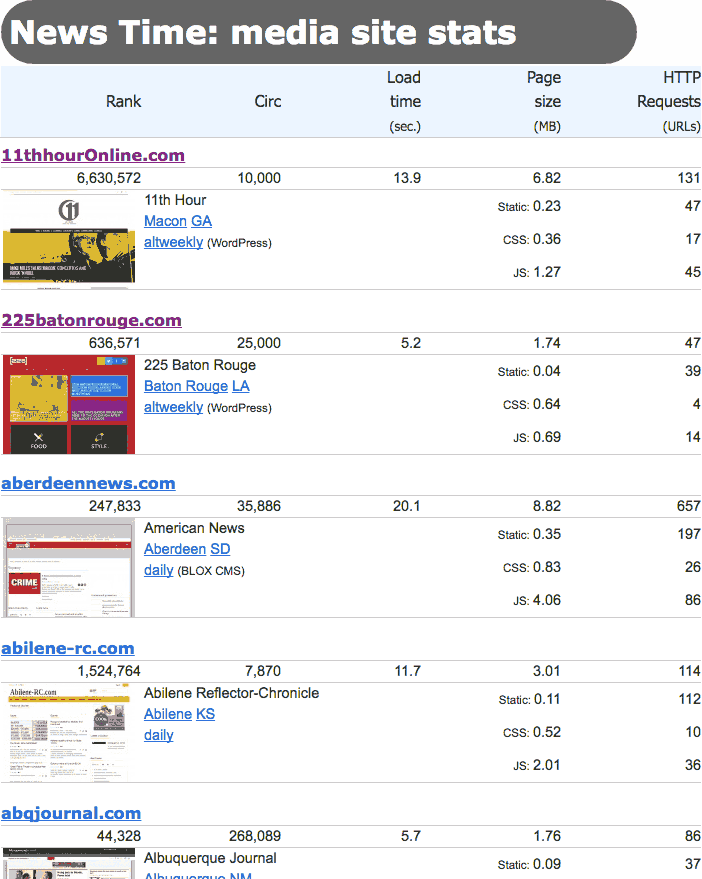