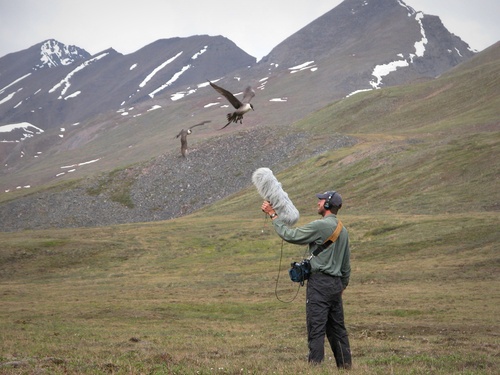 The Macaulay Library “is the world’s largest and oldest scientific archive of biodiversity audio and video recordings.” This sonic stash is located at Cornell University, who just announced this “world’s largest natural sound archive is now fully digital and fully online.” Here’s a few of their picks for “some fascinating Macaulay Library sounds”:

Liveliest wake-up call: A dawn chorus in tropical Queensland, Australia is bursting at the seams with warbles, squeals, whistles, booms and hoots.

Best candidate to appear on a John Coltrane record: The indri, a lemur with a voice that is part moan, part jazz clarinet.

Most spines tingled: The incomparable voice of a Common Loon on an Adirondacks lake in 1992.

Most likely to be mistaken for aliens arriving: Birds-of-paradise make some amazing sounds – here’s the UFO-sound of a Curl-crested Manucode in New Guinea.