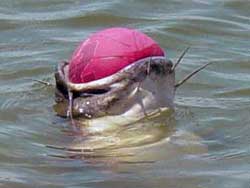 Bill Driver was standing on the deck of his house near 119th Street West and Central when he saw an eight-inch ball floating in Sandalwood Lake.

Noticing the ball wasn’t floating normally, Driver wandered to his dock for a closer look. A catfish had its mouth stuck around the ball.

Driver hollered for his wife, Pam, to get a camera while he unrigged the sail from his nine-foot boat, wading into the lake and corralling the fish toward shore with the sail as a seine.

Several times, the flathead tried to dive, only to have the ball buoy it back to the surface.

The fish appeared to be exhausted and offered little resistance once in the shallows.

Things may have gone easier had the fish the strength to struggle.

“I just couldn’t pull that ball out of its mouth,” Driver said. “I was lifting up out of the water as best I could by the ball. I finally sent my wife to the house to get a knife.”

Driver carefully deflated the ball. Estimated at 50 pounds, the fish swam toward the deepest part of the lake. 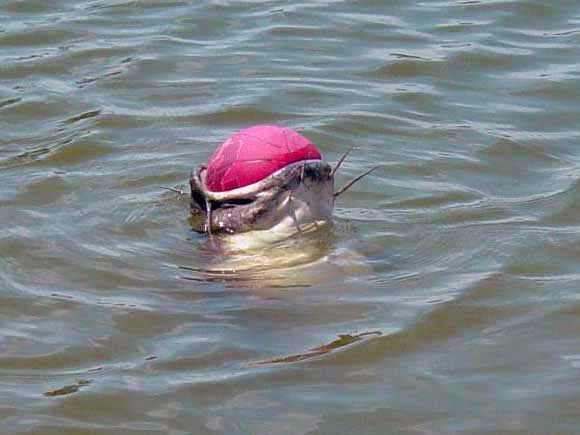 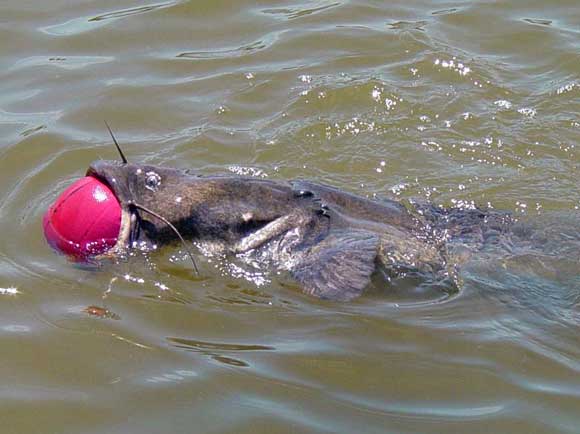 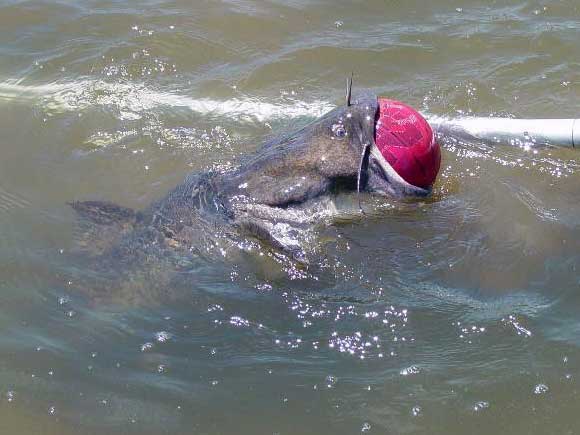 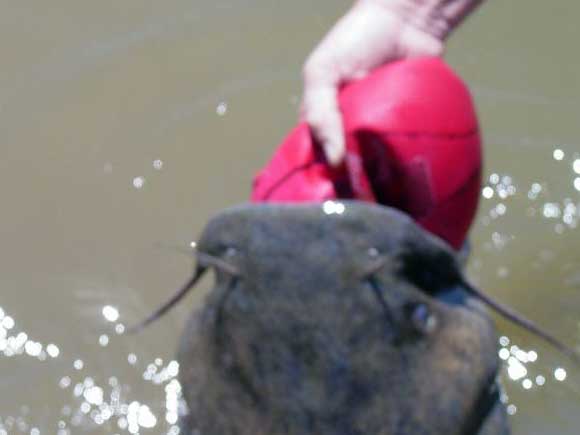 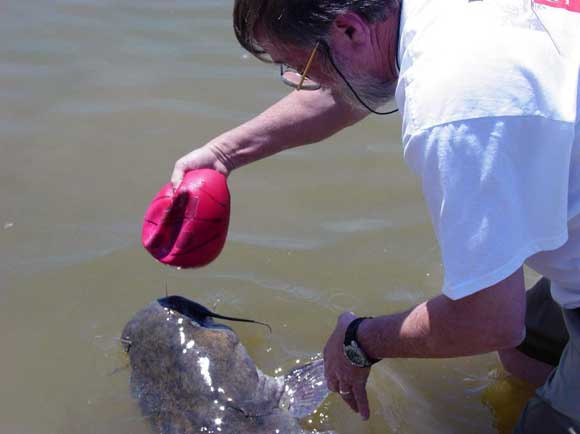