There was lotsa chanting, pushing, some shoving, and the occasional discussion, like this one between Tom Hunter and Don McClarty: 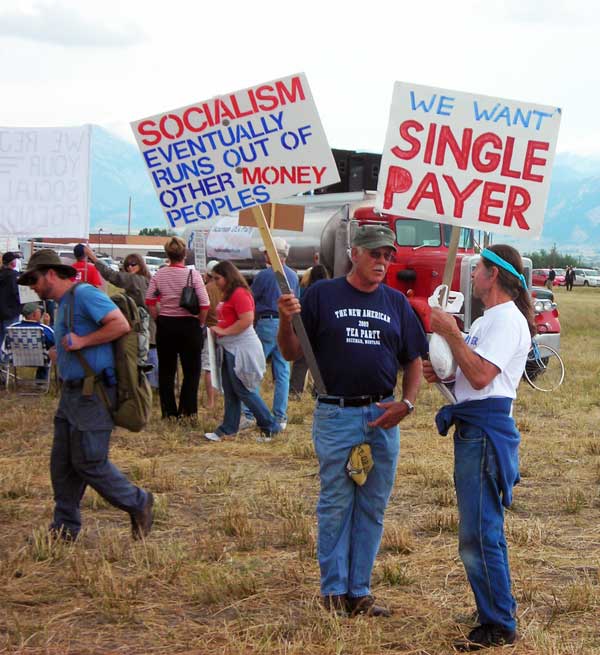 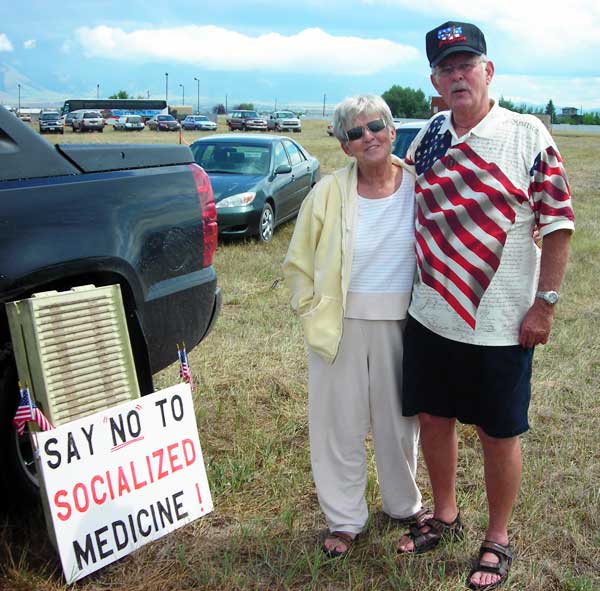 Comment removed by request of commenter, RealVet., which is too bad, cuz we like a good rant.

hey Real Vet:
that pubradio journalist you mentioned was me, aka, the guy who runs this blog, aka, the guy who posted above pics, aka the guy who’ll be listening to my intervu w/ya soon and posting audio if anything you had to say was good.

i told you those things, cuz:
1. they’re partially true.
2. wanted to stimulate your a response from you.

I look forward to a debate on healthcare issues, rather than setting up straw men and name calling within an echo chamber. Assuming the worst about the “other side” leads nowhere!

Hey bg-
Wondering what kind of “editing” you are going to do. Taking things out of context will only fuel the fire. Telling the truth just may be our salvation. Or does anyone even know what the truth is anymore? I know this-the crap you hear on the main stream media is slanted that even they wouldn’t know the truth if it came up and took a bite out of their neck. Just like they are doing to the good old USA. Nothing but blood sucking vampires with an agenda to fool the American people. That will only go so far and when the house of cards falls on their act-there will be hell to pay. Guess we’ll all see how this end game shakes out-sure wouldn’t want to be on the wrong side of this history.

[…] Music made from field recordings at 2003 anti-war protests. MP3s at Hawks and Sparrows: …originally existed as an edition of 100 cd-rs packaged individually with the first flowers of spring in clear glass cases. the audio on each disk is made up of reconstructions and rearrangements of field recordings from 4 anti-war protests (seattle, new york, philadelphia, and washington dc) that took place in the late winter of 2003, with a specific intent to remove any rhetoric, any dogma, incantations, chants, or spoken language of any sort, and leave musical constructions culled from in-between pauses, whistles and yells, drums, sirens, helicopters, electric hums, boomboxes, etc… distributed by reverse shoplifting, filed under “h” in a store near you. never pay for this cd. “Day of Democracy” (8:01) Barrett Golding […]