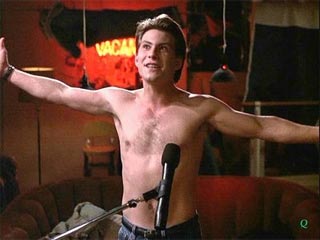 Ars Technica looks at radio’s image thru Hollywood’s lens, from Pump Up the Volume to Petey Greene to Pirate Radio, in “Radio Days: the celluloid afterlife of real radio:

In the movies, radio is a mythic force: local, rebellious, life-changing. This hardly describes the reality at commercial radio stations today, but it does tell us something about how radio was — and about how we want it to be…

“You ever get the feeling that everything in America is completely fucked up?” Hunter asks. “You know that feeling, that the whole country is, like, saying, that’s it—forget it!”

His fans agree. They bare their souls in letters sent to the post office box Harry advertises on his station, especially after he reveals that one of his classmates has been expelled for getting pregnant. Listeners send him love notes or disclose that they’re about to commit suicide. When one correspondent actually kills himself, local TV stations blame Harry for the tragedy. A witch hunt ensues. The Federal Communications Commission comes in for the carcass, only to find itself overwhelmed by copycat pirates who heed Harry’s battle cry.

“I’m calling for every kid to seize the air,” Harry pontificates from his jeep-transported radio station. “It belongs to you. Spill your guts out. Say shit and fuck a million times if you want to, but you decide! Talk on!”

Welcome to radio in the movies.