“One morning I watched a man named Jack LaLanne on TV who was teaching exercises and gymnastics. I decided to follow his exercies every morning and soon felt like a different person.”– Bette Davis

In 1955, LaLanne swam 1.23 miles from Alcatraz Island to Fisherman’s Wharf in San Francisco while handcuffed. He later told an interviewer that the worst part about the ordeal was not being able to do jumping jacks during the swim.

In 1974, LaLanne turned 60, but he showed the world that, for him, age was just a number by once again swimming from Alcatraz Island to Fisherman’s Wharf. However, this time, he was not only handcuffed but also shackled. Oh, and he towed a 1,000-pound boat.

LaLanne’s last public stunt was in 1994, when he celebrated his 80th birthday by getting handcuffed and shackled in order to fight strong winds and currents and swim 1.5 miles while towing 80 boats with 80 people from the Queensway Bay Bridge in the Long Beach Harbor to the Queen Mary. 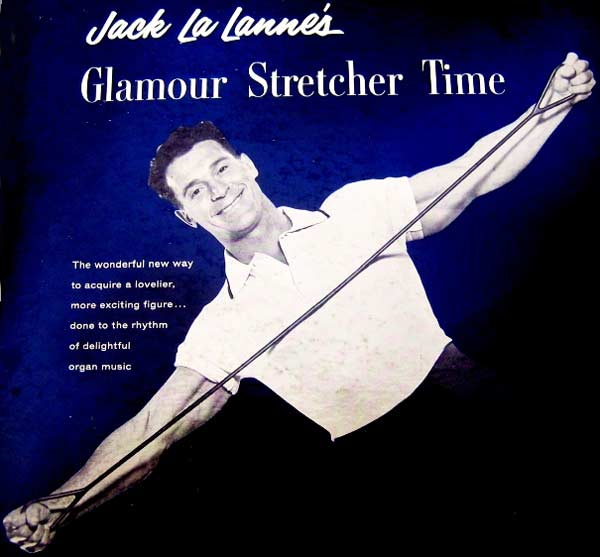 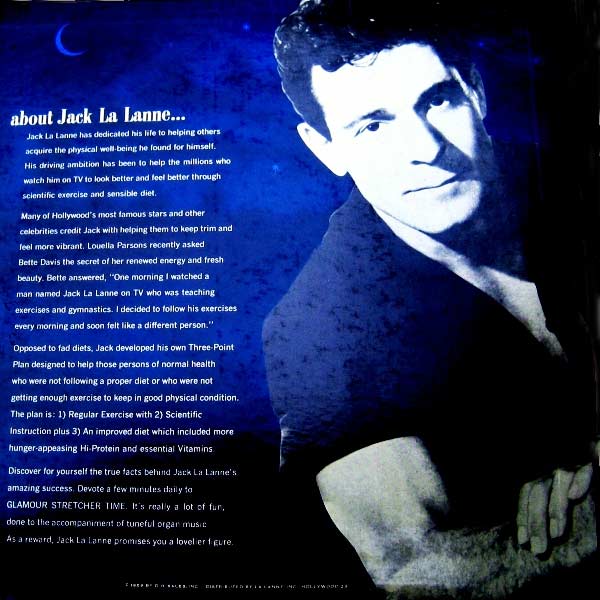 Thanks to The Pop View for the MP3.