This program contains copyrighted material not licensed for web-streaming, so we cannot offer an mp3 of this week’s episode.

A history of what composer Steve Reich calls speech-melodies:

“It’s Gonna Rain” was composed in San Francisco in January 1965. The voice belongs to a young black Pentecostal preacher who called himself Brother Walter. I recorded him along with the pigeons and traffic one Sunday afternoon in Union Square in downtown San Francisco. Later at home I started playing with tape loops of his voice and, by accident, discovered the process of letting two identical loops go gradually out of phase with each other.

“It’s Gonna Rain” is the first piece ever to use the process of gradually shifting phase relations between two or more identical repeating patterns. The second was “Come Out.” Composed in 1966, it was originally part of a benefit presented at Town Hall in New York City for the retrial, with lawyers of their own choosing, of the six boys arrested for murder during the Harlem riots of 1964. The voice is that of Daniel Hamm, now acquitted and then 19, describing a beating he took in Harlem’s 28th precinct station. The police were about to take the boys out to be “cleaned up” and were only taking those that were visibly bleeding. Since Hamm had no actual open bleeding he proceeded to squeeze open a bruise on his leg so that he would be taken to the hospital.

“I had to like open the bruise up and let some of the bruise blood come out to show them.” END_OF_DOCUMENT_TOKEN_TO_BE_REPLACED 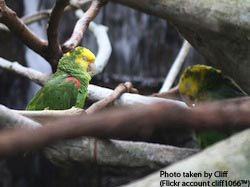 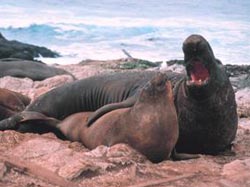 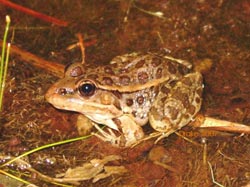 I’ve heard of movie SFX folk using mutli-layers of disparate sources to contruct one great composite sound effect — such as an elephant’s trumpets as part of a car tire squeal. But who knew the same amount of overlay could go into a single guitar chord?

Are you ready for the Wall-to-Wall Wonderland of Dual Dynamic, Kaleidoscopic, Spectra-Sonic, Stereophonic Sound? Well, the 1960s record-label design departments sure were.

Here’s just a few of the scores of Stereo LP banners displayed at Stereo Stack: 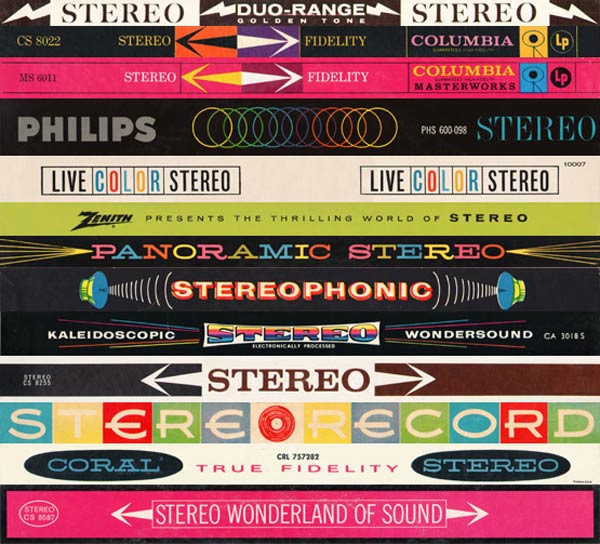 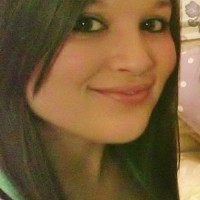 Random Tape is a new sound-drenched website by David Weinberg, featuring sonic novelties, like this lovely excerpt from an audio diary entry by 16yo Auburn Ingram, “Why Am I Here?:”

The FAQ is packed with the site’s vital stats, such as:

Q: Have you ever tried to record the sound of two termites making love inside the cockpit of a balsa wood model airplane?
A: Yes. Unfortunately though I had the pause button on.

Audio pieces at PRX now embeddable in blogs, websites, and sharable via FB, Twit, email and other socially transmitted media. 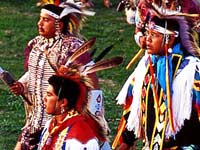 This is the final hour of a two-hour special on the annual Crow Fair in southeastern Montana, recorded in 1977 by NPR. For all the info, see part one: HV096- Crow Fair I. 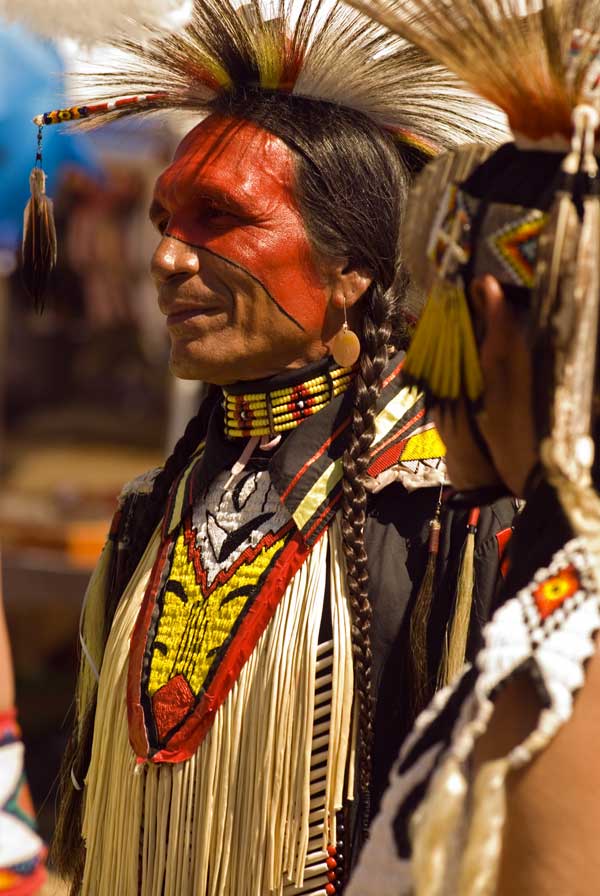 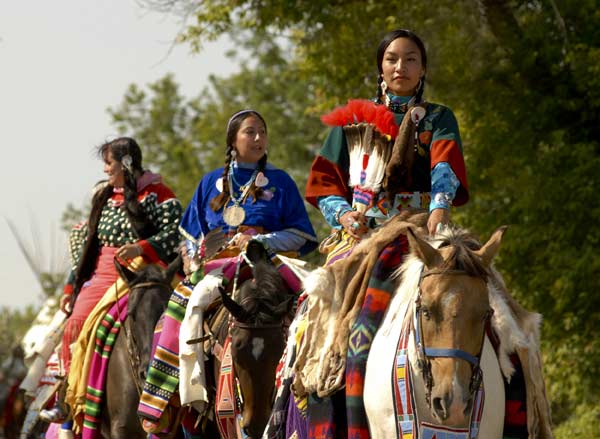 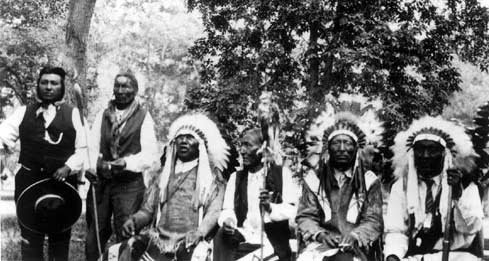 END_OF_DOCUMENT_TOKEN_TO_BE_REPLACED

A century ago the six Crow Reservation Districts came together for a cultural gathering with other Great Plains tribes. Every third weekend of August the Crow Fair honors that tradition in a “giant family reunion under the Big Sky.” Five days of celebration in southeastern Montana, with a parade, Pow Wow, rodeo, and traditional and fancy dancing.

In 1977 a team of NPR producers and recordists spent a week collecting sounds and interviewing people at this annual event. This early ambient sound-portrait breathes with the arts and activities of the Crow people: the Apsaalooke Nation.

Roy Sesana, Bushman elder (Kalahari Desert, Botswana), on a hike in the Santa Monica Mountains, “From the Kalahari to Malibu.”

Carolyn was Maya Lin’s sound consultant for “What is Missing?” She produced scores of sound-drenched, audio-intense stories for NPR — we’ve run several, with more coming.

We hope you’ll spend an hour soaking in her sonics below. Hubby Alex once described a jungle as “splendid with sound.” That phrase also does justice to CJC’s enveloping, enrapturing, sometimes ecstatic, and always engaging work.

Radio Expeditions often recorded those who recorded sound, such as Rex Cocroft on “A Journey to the Edge of the Amazon” (2006 / Carolyn Jenson Chadwick, producer / 8:54 mp3):

Among the natural sounds CJC captured were those of human nature, as when her husband Alex pitted wits with the regulars at a small-town casino, playing “Poker at the Ox” (Carolyn Jenson Chadwick, producer; Michael Schweppe, engineer / 9:55 mp3):

The Chadwicks spent time in India charting the Geography of Heaven: Vrindavan. In this first of three-parts, they walked “The Streets of a Holy Hindu City” (2005 / Carolyn Jenson Chadwick, producer; Flawn Williams, engineer / 8:57 mp3): 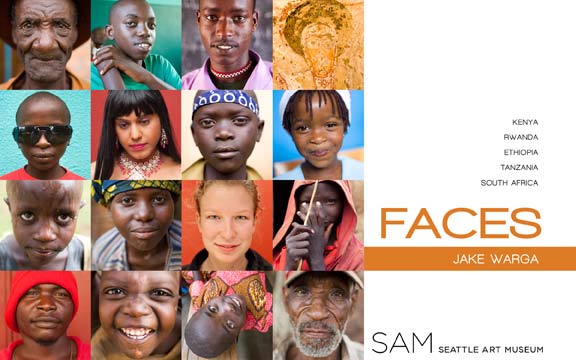 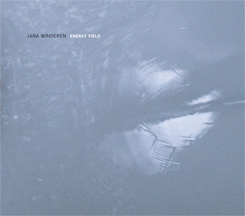 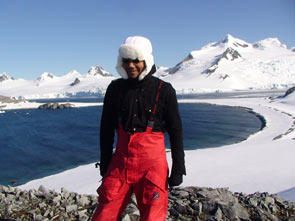 Miller’s field recordings from a portable studio, set up to capture the acoustic qualities of Antarctic ice forms, reflect a changing and even vanishing environment under duress. Coupled with historic, scientific, and geographical visual material, Terra Nova: Sinfonia Antarctica is a seventy minute performance, creating a unique and powerful moment around man’s relationship with nature. 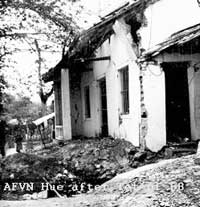 For Veteran’s Day an audio story on SoundRich: Viet Nam Detachment 5; two men in battle during the 1968 Vietcong Tet Offensive, one arduously escapes “protected by angels,” the other spent five years in an enemy prison camp, produced by Rich Halten.