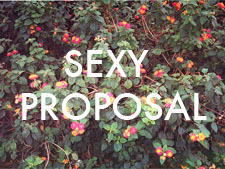 Just found out about the Lucky Dragons: sound-tech-music-visual collage artists. Lotsa listening and downloads of LD trax at the Free Music Archive and their site: Lukey Dargons (LD = Luke Fischbeck and Sarah Rara).

Here’s some scales off the Lucky Dragons…

One of their “audio reconstructions and rearrangements of field recordings from 4 anti-war protests” on hawks and sparrows, “track 7” (3:00 mp3):

And this Fader TV report, on an LD audio-invention, starts slow but gets good, so stick with:

In March 2009 a small town in Iceland was filled with speakers. The Seydisfjordur village was turned into an extraordinary sound-system for a week. Sounds by Richard Fearless ( Death in Vegas ) Mum, Bob Dylan, Toumani Diabate, Roberto Goyeneche, Murcof, Federico Cabral, Guillemots, etc.

This film by Juan Cabral of London’s Fallon agency documents the town-turned-into-tunes:

“From the opening moments, “Cowboy” seizes the heart and soul of the listener for an extraordinary hour. Josh Darsa’s strong story vision and great writing, combined with John Widoff’s brilliantly clear and intimately warm recordings and mix, produced a radio experience that remains unequaled to this day. Listen to “Cowboy” and think about what went into it: planning, attention to detail, patience, and the faith and confidence that the highest standards are both achievable and worth all the work they require. A masterpiece that has endured for decades already, and surely will for many more.”
–Alex Chadwick, June 1998

“This was the height of my career at NPR. It was a combination of everything… the music recording, the production sound recording, interviews… every single thing that I had ever done for this company all came together in this show. This was probably how Walt Disney felt when he made Mary Poppins. It was a dream come true for me to build something like this. ‘Cowboy’ is the kind of show you would listen to in a darkened movie theatre. The writing is spectacular.”
–John Widoff, May 1998 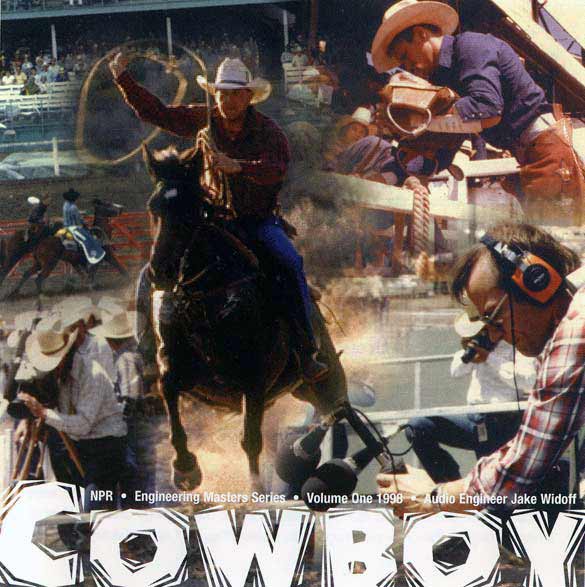 [The following liner notes  are from the 1998 CD of “Cowboy,” Volume 1 in the NPR Engineering Master Series:]

In 1980, journalist-producer Josh Darsa, technical director and recording engineer John Widoff, assisted by Miles Smith, Dave Glasser and shop technician Bob Butcher, collaborated on Cowboy, a project that has become a classic of radio journalism. Cowboy was originally broadcast on October 4, 1980 on a series called The Mind’s Eye. In an interview with Mike Starling, Vice President of NPR Engineering, John Widoff describes their unique effort.

JW: While we were at the rodeo, Josh Darsa wanted to record multiple vantage points of a single scene. For instance, I’d have a Nagra tape recorder on the roof of the grandstand and Miles Smith, a freelancer out of New York (currently Boston), would have a Nagra in the chutes where the riders would bust out for their ride. Then we would have a freeorunning Nagra III on the rodeo announcer. We ran them in sync kinda like you would do in video with multiple cameras. This gave us three different vantage points. During the show you hear the perspective change through cross fading which is a result of these different but simultaneous perspectives. END_OF_DOCUMENT_TOKEN_TO_BE_REPLACED 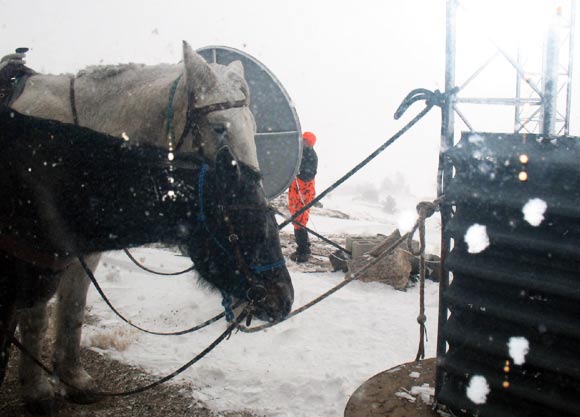 Been using the FR-2 Field Memory Recorder for a few months now. Really like the sound of the mic pre-amps, and the internal phantom power also seems to drive my mic-of-choice well (ShureVP-88 Stereo Condenser). Net result is a noticeably cleaner sound, especially compared to the consumer mini-dat ‘chines I’d been using as back-up and on bike trips.

It’s about the size of a thick hardcover book; bigger than I thot — funny how even tho I read the specs, 206 x 132x 57 mm (8.1 x 5.2 x 2.2 inches), my desire for a small machine still made me think this thing would be more compact. Also it has internal stereo mics and speaker, neither features I wanted. But it is light, has a speedy USB2.0 post, and other flash-recorders had more serious probs for me.*

One tragic flaw: The Fostex back battery case cover is a pain-in-ass and doomed to bust someday; cuz the batteries have to be placed just right or they stick out and keep cover from closing properly.

Here’s some recordings, the first with the VP88 of some close relatives, currently incarcerated, “Cognitive Evo Group, Univ of LA- External Mic”
(0:34 mp3): 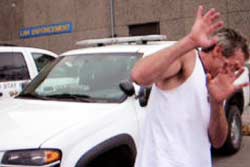 Continuing the incarceration theme, when internationally known producer Scott Carrier came to visit, it wasn’t long before I was off to the cop-shop to bail Scott outta jail. So I brought my recorder along and taped his coerced confession, using the internal stereo mics. The Fostex was just sitting on the truck seat and picked up pretty well, “Car Talk- Internal mics” (0:30 mp3):

And again with the internal mics, here’s the gate thru which we later DID NOT trespass, when the criminal returned to the scene of the crime, “Gate Swing- Internal mics” (0:32 mp3): 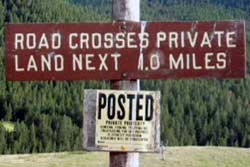 Scott sez he’s learned his lesson. We at HV remain skeptical, having heard this declaration from him before.

*My probs w/ other $400-600 recorders: The Zoom H4 is a piece of plastic shit, w/ no vol dial– just a switch w/ three level presets (haven’t seen H2 yet). The M-Audio Microtrack only has an internal battery, which rules it out for long road trips w/o frequent AC, especially on bikes. Edirol R-09 is hissy; as is, the outta-box non-Oade Marantz 660 (see: Transom review).

Riding at night will never be the same: the SpokePOV Kit.

Doug Kaye of The Conversations Network has posted on his Blogarithms an in-depth guide to Recording Skype Interviews, which he sez can now exceed the audio quality of a high-end telephone hybrid.

I’m kinda lucky to have
HeadRoom, the large net/mail headphone retailer, right in my hometown (Bozeman MT). When I need cans I just cruise by and buy whatever they recommend: they’re audiophile fanatics and listen critically to everything they sell.

In the field I use ear canal headphones (don’t call ’em “earbuds,” sez HR). They sound good, they seat well (i.e., don’t fall out), and they’re small, so you don’t look like a Martian when approaching folk outta-the-blue to interview them. I usually pay between $100 and $200 for a really good, but not top-o-line pair.

I used a Shure E4 with an Etymotic ER6 as backup. The Shure sounded better and had a thicker cord. I say “had” cuz I recently broke both (abuse), leaving me field phone-less.

So I swung by HeadRoom for new Shures, but Shure’s new E’s have much thinner cords. “Anything else as good?” asks I.

Guy pulls out the

Ultimate Ears super.fi 5 Pro ($180). I buy sans listen; take ’em home and am impressed. For the first time I hear a decent bass response from ear-canals. People say both the Shure and Etymotics have good bass, but I never thot so, even when I had the in-ear seal as tight as a [fill in offensive simile here]. But these UE’s go low, likely cuz of their dual drivers, one just for bass. (Caveat: HR mentioned the crossover could be a prob as it occurs at in vocal mid-range, but probs for them are usually out of my range of perception.)

Bass is important not just for the funk-in-recordings but also for field recording, as most of the wind and plosive overdrives occur in the lower freqs — lower than most open-ear phones go. So you could be wrecking your recording and not know (hear) it. 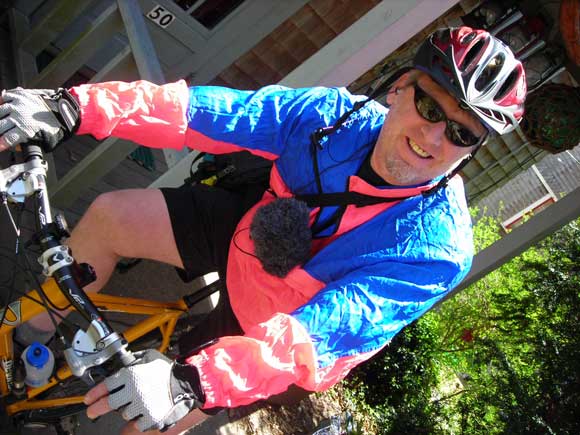