It’s like these 1940s movies were made just so, 70 years later, they could accompany the music of Clothesline Revival:

. Their latest, featuring “Voice of the Lobster” — the song in the vid — is They Came From Somewhere

Here’s some real hyperlocal community journalism for ya, with a beat, “The Grand Rapids LipDub;”

The Grand Rapids LipDub Video was filmed May 22nd, with 5,000 people, and involved a major shutdown of downtown Grand Rapids, which was filled with marching bands, parades, weddings, motorcades, bridges on fire, and helicopter take offs. It is the largest and longest LipDub video, to date.

This video was created as an official response to the Newsweek article calling Grand Rapids a “dying city.” We disagreed strongly, and wanted to create a video that encompasses the passion and energy we all feel is growing exponentially, in this great city. We felt Don McLean’s ‘American Pie,’ a song about death, was in the end, triumphant and filled to the brim with life and hope. – Rob Bliss, Director & Executive Producer, Status Creative

Could this Aussie kid be any more talented? An airy-er vers of Pogo’s ‘Upular’:

A virtual 3D recording of my track ‘Upular’ playing through a pair of club speakers as you walk around the venue. Someone requested this and I thought it was a good idea. Enjoy.

Light ’em up, folks, it’s a g-ddam “Miracle”, more Hanukkah harmonies from the Maccabeats and for their Miracle Match Bone Marrow Foundation fundraiser:

Need more Maccabeats? So did Adolf:

The Avalanches 2001 album, Since I Left You, is a remix mash mind-melding found-pop-sound masterpiece. Listen to the blends & beats of “Electricity:”

It’s also their only LP, and it’s out-of-print. But the Aussie band left behind some amazing/amusing videos. And Modular Records insists “a deluxe 10-Year Anniversary treatment” is on the way. Till then, here’s the title track:

via WFMU’s Beware of the Blog.

Shinichi Maruyama creates in Kusho, an “abstract collection made with sumi calligraphy flying in mid-air:” 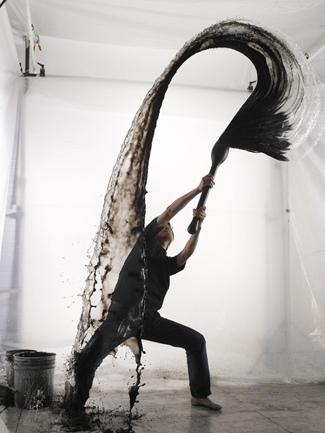 Artist Shinichi Maruyama throws a water and ink mixture
while a camera captures his work. 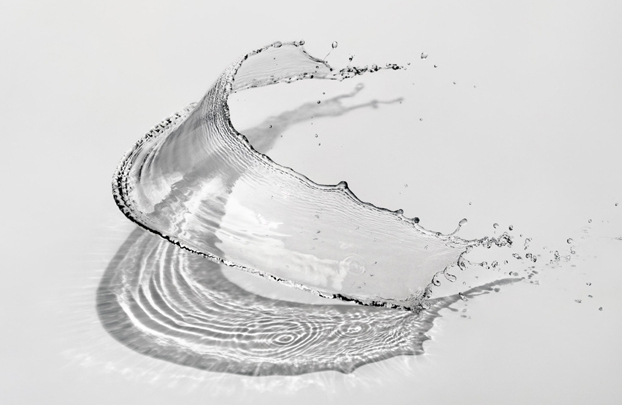 As part of a ProPublica investigation into the deep, dark toxic chemicals we penetrate Mother Earth with to make her cough up “natural” gas, here’s “Fracking: The Music Video– My Water’s On Fire Tonight:”

The video is by David Holmes and other J-students at NYU’s Studio 20 . Sez they: “The best explainers are direct, concise and easy to understand. But investigative journalism is rarely any of those things, instead reflecting the messiness of real life.”

HV are spoken word evangelists. But sometimes it’s best to keep your mouth shut. Like in this one-minute piece of performance art on the US House floor, delivered by Rep. Joe Crowley (D-NY) on the House floor, April 14 2011:

Another Radiolab video by Everynone, inspired on the Lab’s epsiode “Desperately Seeking Symmetry:

Filmmakers Will Hoffman, Daniel Mercadante, and Julius Metoyer III play with our yearning for balance, and reveal how beautiful imperfect matches can be.

Great artistry is grand larceny. So here’s your manual for “How To Steal Like An Artist:” 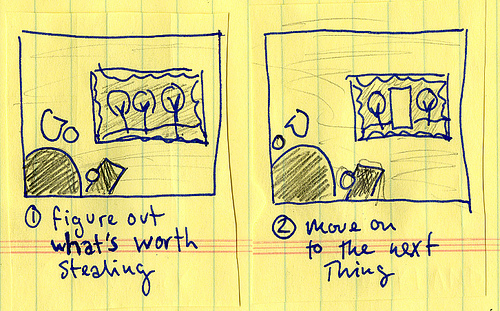 Every artist gets asked the question, “Where do you get your ideas?”

The honest artist answers, “I steal them.”

Nothing is Original. It says it right there in the Bible. Ecclesiastes: “That which has been is what will be, That which is done is what will be done, And there is nothing new under the sun.”

You are, in fact, a mashup of what you choose to let into your life. You are the sum of your influences. The German writer Goethe said, “We are shaped and fashioned by what we love.”

The Artist is a Collector… END_OF_DOCUMENT_TOKEN_TO_BE_REPLACED