Some of the best live music happens in an office, namely NPR’s Tiny Desk Concerts. Their videos are now on NPR Music’s YouTube Channel.

The following exercise in simplicity is just Sir Tom Jones, accompanied by Brian Monroney, his musical director since 1996 and a masterful guitarist — with a few fans among the nipper folk, all clustered around a diminutive desk:

WNYC Radiolab has been mixing mediums, combining their stellar science pubradio series with video artwork of Everynone. Their latest is a nearly wordless visual contemplation of “words”:

BeatlesTube.net lists Beatles songs and videos, w/ lotsa info on each. For example, here’s a “Lucy…Diamonds” animation (from Yellow Sub movie), then some of the John/Paul quotes about “Day…Life.”

Lucy in the Sky with Diamonds

About A Day in the Life video – BeatlesTube.net:

JOHN 1968: “‘A Day in the Life’ –that was something. I dug it. It was a good piece of work between Paul and me. I had the ‘I read the news today’ bit, and it turned Paul on. Now and then we really turn each other on with a bit of song, and he just said ‘yeah’ –bang bang, like that. It just sort of happened beautifully, and we arranged it and rehearsed it, which we don’t often do, the afternoon before. So we all knew what we were playing, we all got into it. It was a real groove, the whole scene on that one. Paul sang half of it and I sang half. I needed a middle-eight for it, but Paul already had one there.”

that was co-written. The orchestra crescendo and that was based on some of the ideas I’d been getting from Stockhausen and people like that, which is more abstract. So we told the orchestra members to just start on their lowest note and end on their highest note and go in their own time… which orchestras are frightened to do. That’s not the tradition. But we got ’em to do it.”

PAUL 1988: “Then I went around to all the trumpet players and said, ‘Look all you’ve got to do is start at the beginning of the 24 bars and go through all the notes on your instrument from the lowest to the highest– and the highest has to happen on that 24th bar, that’s all. So you can blow ’em all in that first thing and then rest, then play the top one there if you want, or you can steady them out.’ And it was interesting because I saw the orchestra’s characters. The strings were like sheep– they all looked at each other: ‘Are you going up? I am!’ and they’d all go up together, the leader would take them all up. The trumpeters were much wilder.”

Is war as old as gravity?

If I love peace do I have to love trees?

Is making war an instinct we inherited from our hunting or farming
ancestors?

Were farmers the first warriors?

Do we love without thinking?

Do we do the right thing without thinking?

When children fight with their brothers and sisters are they learning
how to make war?

How do we test the limit of our bodies without war?

Why do they compare war to a man and peace to a woman?

Why is war so exciting?

War is the best game and the worst life.

Is peace the hardest work?

Is peace a time of tension?

What are the different kinds of victory, in a war, in a race?

Is despair a solution?

Why is it dangerous to say “never forget”?

Past, present, and future POVs of time, thru the lens of a Philip Zimbardo lecture, and the art of RSAnimate:

The Secret Powers of Time

RSA is the (deep breath) Royal Society for the Encouragement of Arts, Manufactures and Commerce. They’ve been animating excerpts from their series of talks. Nary a note on who the artist is, tho, but it seems these whiteboard wonders are from Cognitive Media.

‘Nother RSAnimation worth checking: “Drive: The surprising truth about what motivates us” (talk by Dan Pink).

The new Black Public Media.org site is overflowing with flix. One of my faves was this short portrait of author/playwright James Baldwin:

Remix: Price of a Ticket

“Remix: Price of a Ticket” was originally a PBS American Masters by Karen Thorsen, remixed (with permission) by Sabrina S. Gordon.Black Public Media.org is a project of NBPC: National Black Programming Consortium.

Amazing how much feel you can pack into a two-minute song, “Ain’t No Sunshine” Bill Withers 1972:

New CD by The Books out soon called The Way Out

. You can hear it all at NPR Music.

Their label, Temporary Residence Limited, is enticing us with this track, “Beautiful People” (2:53 mp3):

While we’re waiting for the new release (mine’s already pre-ordered), let’s go back and…

Song off CD Lemon of Pink

Producer Jay Allison on the new pubradio series PRX » The Moth, stories told unscripted and live before an audience:

Malcolm McLaren (1946-2010) was an original mixer, mashup-er, sampler, manager, and modern music maker. Here’s some selections from his career:

The final four games were great, but even better was seeing the Prez take on former pro Pacers star Clark Kellog in a game of HORSE, renamed POTUS for this CBS playground matchup. Makes me proud to have a Prez that can talk policy, talk trash, while consistently sinking nada-but-net from 3-point land: 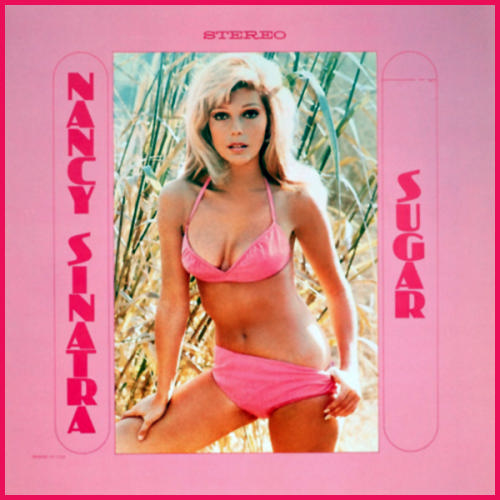 Another anatomy of a news story, this from the Onion:

“Ball” by Ries Straver is “at first glance a simple study of tension and expectations but the foreboding characteristics of the girl elevate it to a level of auspicious uneasiness”:

Ball from Ries Straver on Vimeo.

Want to be a bona fide journalist? Forget J-school, forget internships, all you need to know is:

“How To Report The News” Charlie Brooker, BBC4 Newswipe