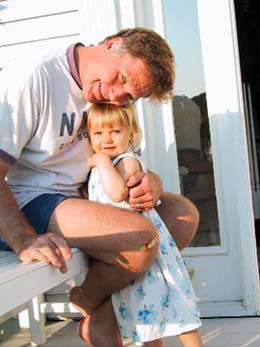 “He put up such a spectacular fight, that even now it seems impossible that he has gone. His struggle is over. Let the peace begin… As he once told Julia, he’s heading back to the stars. Let it be.”

His was surrounded by his lovely family when he went. His sons, mom, wife, sisters (one being my wife), and some close in-laws were all theret. This from my sis-in-law, Penny:

“It was a moment that was tremendously difficult to witness but completely immersed in love. His boys were at his side each holding a hand. With tears streaming down their faces and their hearts shattered into a million pieces they held strong and true to their father. When the funeral home came later to take their father away each boy went to one side of the gurney and carried him out of the house and put him safely in the van. We watched with swollen hearts as our boys turn into men.”

I’ll see you at celebration of his life: this Thursday July 16 (would have been his 54th birthday!) 7pm at the Hilltop Ski Chalet, anchored down in Anchorage AK.

Photo, above-right: Butch with daughter Julia on her third birthday. Below: A very young Butch with his dad in the California mountains, 1970: 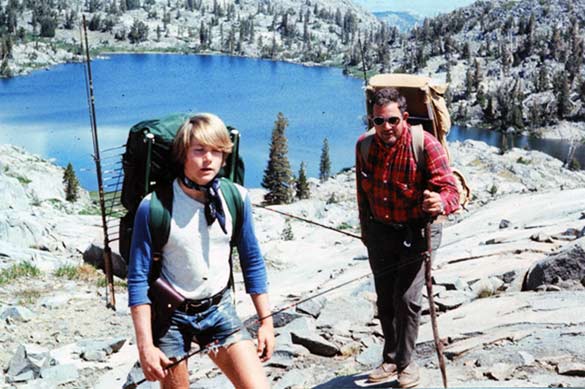 Young Butch with a trout on the line: 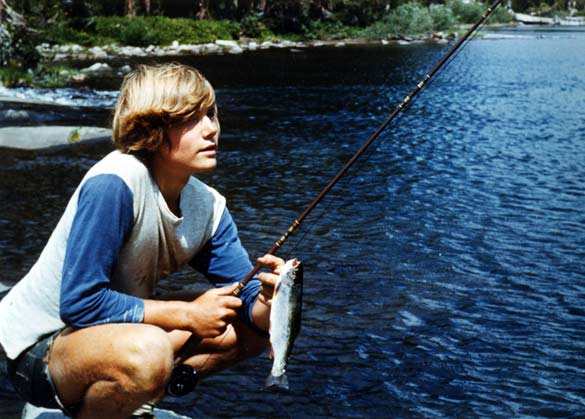 Was great knowing you, Butch. You’ll be in my thoughts often.

I am so saddened by the world’s loss! And my heart goes out to the family! I cried when I first heard Butch was sick…and even though prepared somewhat for this, it is still such a shock! He was loved by so many. I first met Butch in fifth grade, at Dunbar Elementary. I always looked up to him, emulated and admired him, was jealous of his athletic prowess and clapton-esque guitar abilities! He always knew the best this and the best that; we had many long, passionate arguments and discussions…we even sought the same girl for a time! He was the fastest among us (with only Moser giving him a run for his money). He was just exceptional in every way! Outliving family and friends is likened to hell on earth…I can’t express how I feel, especially when I see these pictures! I knew his so well then…I’m crying again….love you Butch!!

I knew Butch from college in Utah. I found out he died just a couple of days ago after many years. There are a few memories of this wonderful guy —–

Strong and sincere spirit of a man…….

I am so glad to hear that he has a family that loves him and will carry on this great friend’s posterity. Sorry to hear of his passing away.

I must be clear to say I detest cancer and its misery it causes people we love!