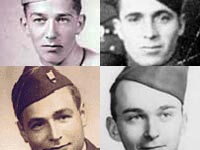 Four American soldiers share their WWII experiences, before, during, and after their time in a German POW camp:

Produced for the Vermont Folklife Center: In December 1944 the Allies were closing in on Germany. Hitler had a desperate plan to save the Third Reich, a massive assault he believed would so demoralize that the Allies, they would seek a separate peace, leaving only the Russian army on the eastern front. On December 16 the Germans unleashed an offensive that would become the most brutal battle of the European war: the Battle of the Bulge. Nineteen thousand Americans were killed, about the same number were taken prisoner. We hear from four Americans soldiers about their time in — before, during and after — a German POW camp: Cliff Austin, Harrison Burney, Bill Busier, and Robert Norton.

VFC Radio published a transcript and a CD of “Prisoners of War.” Harrison Burney wrote “From The Bowels of Hell, a soldier’s memoir of World War II, 1944-1945 (143k PDF). Music: “Reitba” and “Concerto No. 3 for Double-Bass and Piano,” composed and performed by cellist Francois Rabbath; “String Quartet in C Major”, the second movement in the “Emperor” by Franz Joseph Haydn, performed by the Concord String Quartet 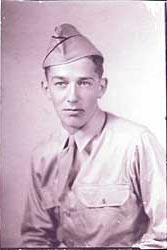 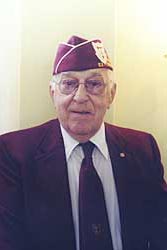 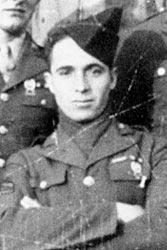 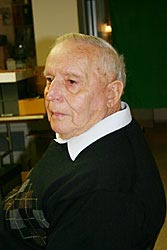 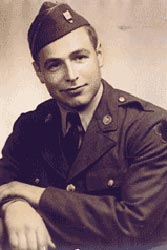 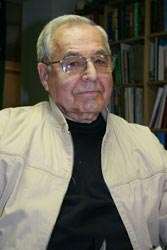 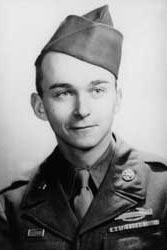 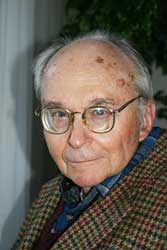 While driving to work this morning I caught part of the “Prisoners oof War” on NPR. I was extremely moved by what I had listened to and it led me here where I read “From the Bowels of Hell”. I am just a regular American Citizen who enjoys freedom. But I will never forget that our freedom comes from the unbelievable sacrifice of men Like Harrison Burney. And…I will make sure my children know your story and the price you paid for us.
Also…the officer that told you you should be ashamed for being captured was an asshole.

I heard this on the NPR stream this morning while up doing some clean up in my house. Very moving and will be something that stays with you. This should be required listening for high school students. As for the four men on the broadcast, I agree with Mike Zummo. You have nothing to be ashamed of.

My father fought in Patton’s Third Army. He was a staff Sergeant for the 109th Field Artillery Battalion. His name was Morris B. Padover Serial # was 32 795 763. He did not discuss the war much – but it left a huge impact on him. I know he fought in the Battle of the Bulge. Thank you for sharing this important story. Let us not forget the brave sacrifice so many have made for our freedom. Sincerely, Craig Padover, Woodcliff Lake, New Jersey

A moving and exceptional program. It is a sad thing to me that these stories are so far away and foreign to so many of us now. making further wars far too easy and far too likely. These are some of the most poignant examples of the very people I’ll Be Home For Christmas was written for. Their descriptions of thoughtless and even cruel treatment by some of our own at war’s end are heartrending.

I caught this program half way through while driving home. First thing I did when I got home was to find this online and listen. So very haunting but very moving. We lost our father during the Viet Nam War, so I am pre-disposed I quess to care about the stories of our service members. These stories should become part of history classes so our young may learn to appreciate and care for the liberty and freedom we have, earned at such a high price.
Thank you Gregory Sharrow and Erica Heilman.

It is so sad that my local radio station no longer carries this series.

Amazing accounts of the horrors of war and the lasting effect it has on a persons life. I have listened to my grandfather talk about his experiences during the war and can see how those experiences shaped his life.
I am truly saddened by the fact that my children will have little or no memories of the people of their generation. I am happy that there are productions like this one that so wonderfully preserve their stories for future generations.

I believe each and every one of us needs to listen to the voices of the heros who endured the Battle of the Bulge, and other horrors of war. It is far too easy for us, sitting safely at home with full stomachs, to forget the sacrifices of the soldiers who make it possible for us to do so. We can never truly say we ‘understand’ what they went through, and we should be thankful every day that we cannot.

[…] It has aired on public radio affiliates across the country and on NPR’s Hearing Voices. […]