A big story changes fast at first, then evolves slowly over time. How do you let web-visitors follow that story? A single URL with all the info? A unique tag (or shortcode)?

How can one URL work both for those wanting to start from the beginning and for those just needing updates? Can one page contain everything from the initial tweets to the later analysis, historical perspective, and multimedia elements?

The answer to all above: Not easily. Mediabistro’s 10,000 Words outlines “The New, Convoluted Life Cycle Of A Newspaper Story.” The Seattle Times’ Lauren Rabaino summarizes what needs doing, presents some successful attempts, and offers her news-story info flow chart: 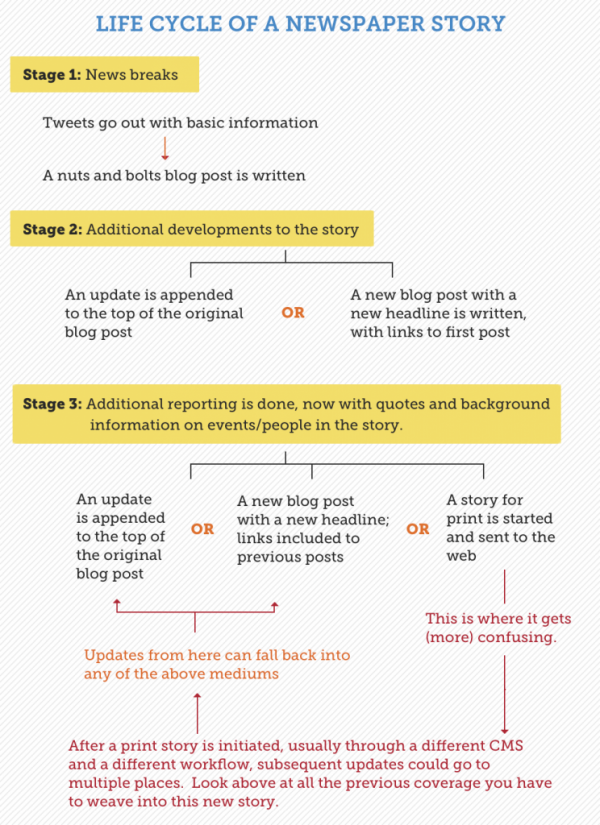 Audio pieces at PRX now embeddable in blogs, websites, and sharable via FB, Twit, email and other socially transmitted media.

“This is the web right now” —The Oatmeal. From Feeding Humans to Facebook to HTML5 Cheetah Balls, a series of cartoons on The State of the Web, including: 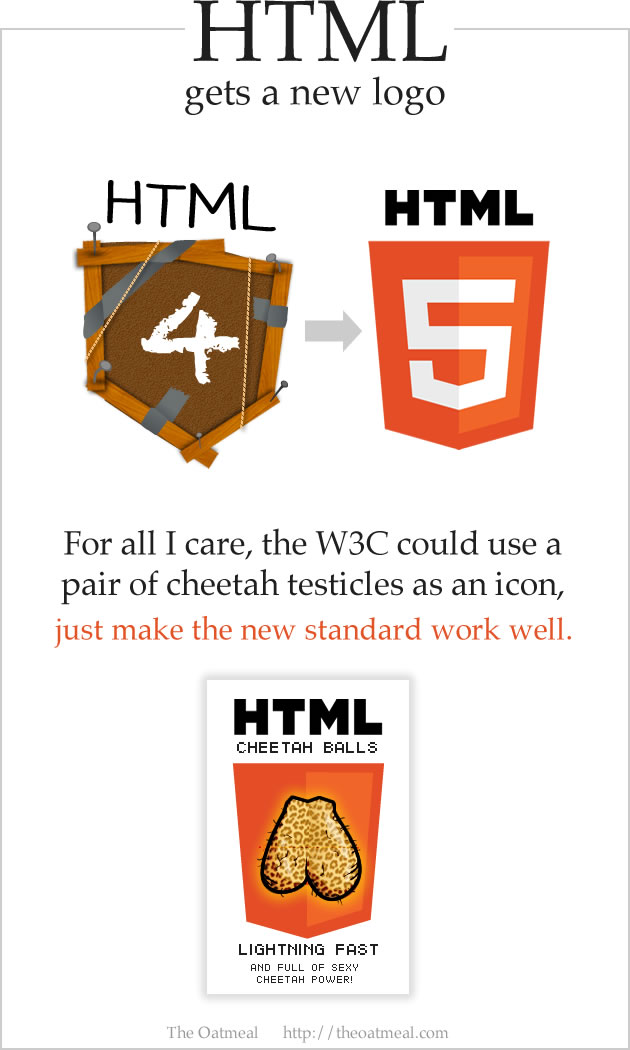 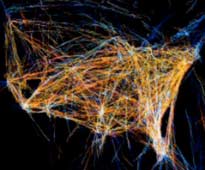 HV is heavily involved in a new collaborative project/domain, the PubMedia Commons at PubMedia.us.

It’s an aggregation of different blogs about public media. You can read excerpts & link-to them all their posts from one webpage., and one feed:

(An aggregation of blogs is known as a “planet“). We also have weekly features of audio, video, and multi-media work. And there’s a place for pubmedia web folk to share code & hacks (a lot re: WordPress). Future plans include merging w/ PublicMediaCamp & PubMediaChat.

Some blog posts about exploding and expanding what a blog-post can be: “The Death Of The (Boring) Blog Post” in Smashing Magazine and Design Informer with “20 Extraordinary Blogs With Unique Post Designs.”

The above articles inspired our take on “The Art of Noises.”

A couple screenshots of post-blogpost-death blogposts: 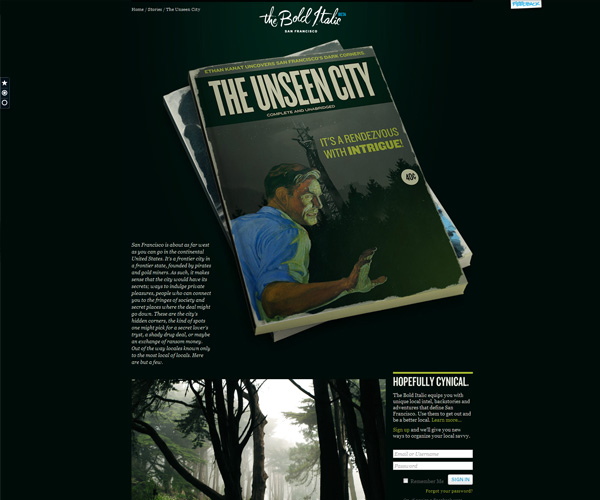 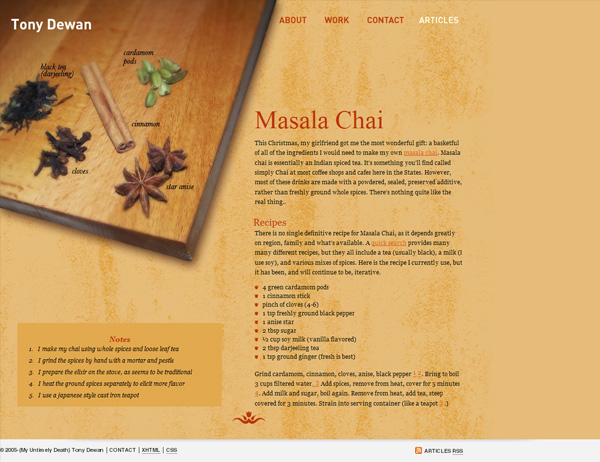 via Mashable via PRPD.

Sure Facebook sux. But it has its moments; and many of them are found on Joe Frank’s page, amongst his semi-regular deliciously dark ramblings:

Flying over the Tanganyika Game Reserve in a hot air balloon. My guide is a drunken Englishman from the old colonial school dressed entirely in white. He has a flask of port strapped to his leg. His nose is red and veined. We travel over a savannah, observing herds of wildebeests and zebras below.

hen the colonel removes his clothes and throws them over the side of the basket. He claims the natives collect them and use them to make flags and scarves, which they sell to the tourists.

Dancing in the streets of Rio in a samba club, making our way up Sugar Loaf Mountain to ascend to the statue of Christ that looks over the city. I feel a sense of exhilaration, my heart bursting with joy. I’m wearing a fantastic feathered woman’s mask, eyeballs on stalks, ears on springs, Pinocchio nose supporting a live tree limb filled with songbirds, and joyously dancing in high heeled platform shoes and net stockings, gyrating my hips, a pair of soccer balls attached to my rear…»

Be his FB-fren and read the rest of this, and many other of his flights of freaky.

The Third Coast International Audio Festival celebrates their transition to an independent org with a new website, with a really nice audio library. More good news: they’re continuing their Re:sound series and competition.

Their new audio player (customized jPlayer) is quite the cat’s PJs:

#pubmedia is the hashtag for Twits to spew 140char-acterizations of any public medium; so, OCPD sufferers (obsessive-compulsive posting disorder), opine away.

Each day, Google processes 2 billion searches, sends two e-mails per second through its Gmail account system, and uploads 22 hours of video onto You Tube, per minute. It would take a lifetime to watch the video posted on the site every three months.

…and what a dull, dreary lifetime that would be. More Google #s in “The ever-expanding Googleverse” Vtdigger.org.

For taking our time and our bandwidth, for making “friend” a verb while devaluing it as a noun, and for lotsa otra evils we’ll add later: FU FB, a new Facebook Group

Mone started posting her novel straight from her phone to a media-sharing site called Maho i-Land (Magic Island), never looking over what she wrote or contemplating plot. “I had no idea how to do that, and I did not have the energy to think about it,” she says. She gave her tale a title, “Eternal Dream,” and invented, as a proxy for her adolescent self, a narrator named Saki, who is in her second year of high school and lives in a hazily described provincial town. “Where me and my friends live, in the country, there aren’t any universities,” Mone wrote. “If you ride half an hour or so on the train, there’s a small junior college, that’s all.” Saki has a little brother, Yudai, and a close-knit family, a portrait that Mone painted in short, broad strokes: “Daddy / Mom / Yudai / I love you all so much.” Before long, however, Saki, walking home from school, is abducted by three strange men in a white car: “—Clatter, clatter — / The sound of a door opening. / At that moment . . . / —Thud— / A really dull blunt sound. / The pain that shoots through my head.” The men rape her and leave her by the side of the road, where an older boy from school, Hijiri, discovers her. He offers her his jersey, and love is born. END_OF_DOCUMENT_TOKEN_TO_BE_REPLACED

Six Revisions compiles, from the web, “10 Revealing Infographics about the Web” . For instance this iA Web Trend Map tracks top domains and personalities as stations in the Tokyo subway sysyem: 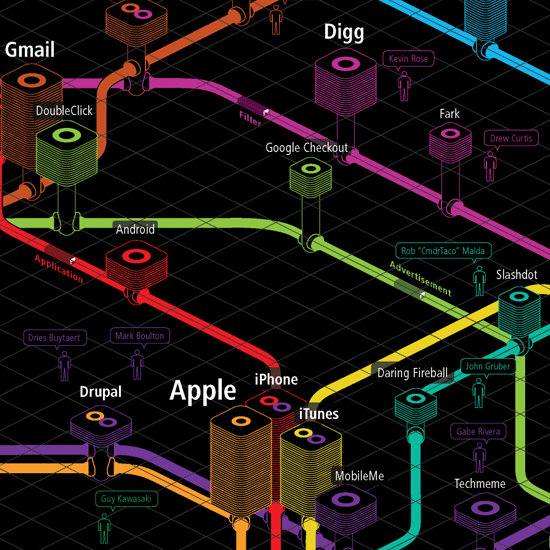 Large vers of all images w/ links to their creators at Six Revisions. 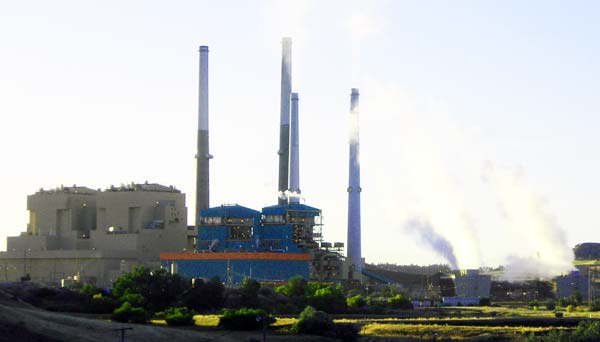