The first of our Soldier’s Soundtrack series: Embedded with the 3rd Infantry Division, US Army, Baghdad, the producer plugged into the soldier’s iPods, asking them what they were listening to, why they liked the song, and what their lives were like. To Queen’s “Bohemian Rhapsody,” Major James Lockridge tells us, “The United States Army can go anywhere at anytime or anyplace. I learned that during the first war. I wouldn’t want to be anybody that had to face the United States.” 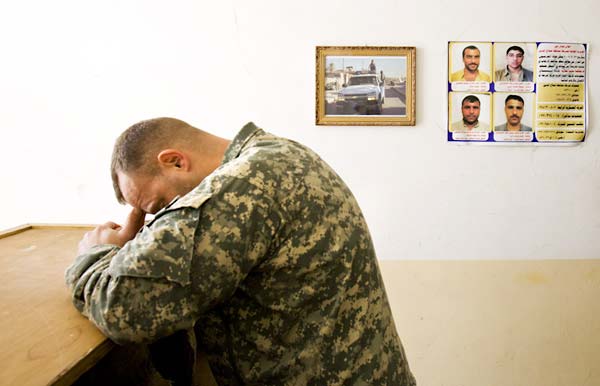 Photo © Jake Warga: “Major James Lockridge, after learning of an IED explosion that killed 5, wounded 17, in Tuz, Iraq. We had been up all night looking for bombs. We missed it. I felt it.”