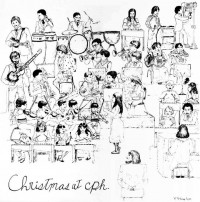 The Children of the University of Michigan Children’s Psychiatric Hospital perform some season’s classic on their album Christmas at C.P.H..

From the Christmashup collection A Very Bootie Christmas 2; originally on Santastic III in 3-D: both have free downloads. Mark Jeffery (mojochronic): MySpace | SoundCloud.

From another Christmashup collection: A Mutated Christmas.

A personal tour through the Holy Land, looking at how the conflict started and what it’s like today between Jerusalem and Bethlehem… between birth and re-birth.

Off her CD Jesus Is Magic

A Hanukkhristmashup tour of Bozeman, Montana: in a toy store, with Salvation Army bell ringers, Hebrew military history, the songs of the Sweet Adelaides, and “Amazing Grace” guitars by Blake Simpson.

Light ’em if you got ’em. It’s Hanukkah, and here’s why. Based on Mike Tompkins’ a cappella version of Taio Cruz’s “Dynamite”. Video by Uri Westrich:

Jake Warga! get somebody to proof read your “Holy Land Tour” story. Yishmael does not mean what you said. Why do you ignore the fact that the check points and wall is there because Israel fears arab terrorists.