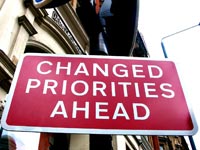 Are We There Yet?:

Zeno’s paradox hits the highway, asking How Can You Be In Two Places At Once When You’re Not Anywhere At All?. 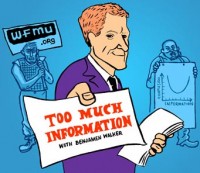 Great novels induce empathy for others’ experiences. So how is it a man now on trial for crimes against humanity is an avid fiction reader of fiction? Might he simply be reading the wrong books? We take a trip to The Hague to hand-deliver the ‘right’ books to Slobodan Milosevic. Produced with Michael Kavanagh of The Next Big Thing and HV’s Larry Massett. Ben Walker hosts WFMU’s Too Much Information, where “the sober hangover after the digital party has run out of memes, apps and schemes” (TMI playlists / archives). He also produces The Big Ideas podcast for The Guardian.

“Where you boys going? The swamp… you’re not from around here, are you?” Off Dust My Broom.

Scott’s first radio piece: he and his microphone hitch from his home in Salt Lake City to the doorstep of NPR, recording the people he meets along the way (mixed by NPR’s Dawn Warneke). Scott’s most recent book is Prisoner of Zion.)

Form the collaboration called Wide Open Spaces . Internet Archive has the entire performance: “People Like Us, Matmos and Wobbly Live at San Francisco Art Institute on 2002-10-05.”

Wobbly, People Like Us and Matmos circled their wagons in the lecture hall of the San Francisco Art Institute. Having mutually agreed upon a country-and-western theme, Vicki Bennett (PLU), Jon Leidecker (Wobbly), and Drew Daniel and M. C. Schmidt (Matmos) pored over their archives of honky-tonk classics, chopping and dicing Nashville’s finest almost beyond recognition, and collectively re-stitched the mangled shreds in crazed digital quilting bee.

END_OF_DOCUMENT_TOKEN_TO_BE_REPLACED

From a cassette tap found by The Professor of WFMU (mp3) & TheAudioKitchen.net. A video vers with images added by Kenneth Salt: END_OF_DOCUMENT_TOKEN_TO_BE_REPLACED

The ZBS series 2 Minute Film Noir are radio dramas, inspired by a film genre, which has inspired a series of video versions, starring 2MNF’s Joe and Moe. The first is “When Little Girls Come Out To Play:”